Greg Loughman presents a modern jazz album that engages with the forces of division and isolation in our society, and imagines a better path forward. In lieu of asking payment for this album, please contribute to the local non-profit JP/Roxbury Mutual Aid 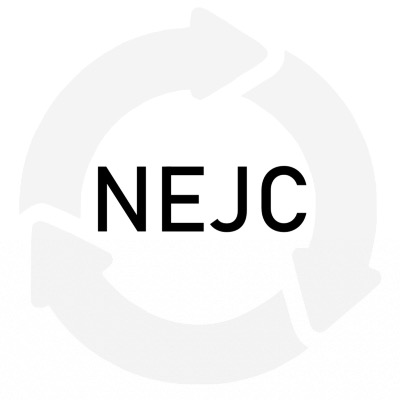 Greg Loughman's latest release, Re: Connection, is a suite of 7 songs that seeks to explore the current state of disconnection from a musical standpoint. We live in a deeply divided country; divided racially, divided politically, divided economically, and increasingly isolated not only from our neighbors, but from our close friends and loved ones.
The album starts with "Disunion". Originally titled "Darling Nelly Grey", this song began as a Civil War era song which is about a runaway slave pining for his love who was kidnapped and sold into bondage. It was written by Benjamin Hanby, a minister and abolitionist whose family was a part of the Underground Railroad in Ohio. Then, in 1915, Ralph Chapin wrote lyrics to this same tune for the song The Commonwealth of Toil, an anthem in the fight for Labor Unions. Loughman's reinterpretation of this song explores it’s connection to the long history of racial, political, and economic tension in the US, and the arrangement highlights the juxtaposition between the egalitarian, melting-pot self-image Americans have, and the conflicts we face now, which have really always existed below the surface.
The 2nd track, "Isolation", seeks to evoke the experience of the increasing trend of social isolation, a trend that was explored by Robert Putnam in his book Bowling Alone in 2000, and has only increased in the following decades. The introspective melody is framed by sounds far in the background, evoking the distance we feel from each other.
The effects of these trends of division and isolation come to a head in the driving 3rd track, "From All Sides". The swirling anger of the first section of this song represents the rise in hate based violence. It then fades into a mournful second section that represents a retreat into what sociologists call 'diseases of despair'; depression, drug and alcohol addiction, suicide, all trends that have been on the rise in recent years. This builds into a climax that recalls the first section, with the feeling of anger ad violence turned inward.
The 4th track, "Transition (dissolution-evolution)" is a moment of reflection. As a society, and as individuals, we are profoundly unwell, we see the effects around us every day. Trust in our institutions and in each other crumbling, hate crimes on the rise, and diseases of despair skyrocketing. In the face of this, it's easy to feel overwhelmed. As a musician, I just want to make good music with people I love and respect, and hope the joy I experience while playing music resonates with whoever is listening. I also think we all have the ability and responsibility to create a better, more connected, and more compassionate world. What does that mean for me as a musician?
The 5th track, "Grow" is an attempt to start to answer that question. Music has the power to inspire and connect, I know that from my own life experience. Music has taken me from a small Ohio town to around the world, and has allowed me to connect with people of all sorts of backgrounds, cultures, and ideologies. Can I help to forge similar connections? What can we all do as artists to strengthen bonds and build bridges in our communities? As I explored these ideas, I found research that indicates that listening to music, joining in group activities, and helping others all have a positive effect on our mental, physical, and emotional health. If we combine the power of music, the power of community, and the power of generosity, we might just be able to fight back against these forces of division and isolation. The music reflects this journey, starting small and searching, and growing to a bright climax followed by a calm chorale section.
This leads to the 6th track, "Home", a ballad that seeks to evoke the bonds of connection provided by family, friends, and loved ones. This hopeful song is tinged by a wistfulness that acknowledges the many who live without this type of support.
The final track, "Horizons" looks toward the building of a brighter future.

The thoughts and ideas Greg has been exploring in the creation of this music have also led him to create an organization called New England Jazz Connections, or NEJC. The mission of NEJC is to connect musicians, audiences, and performance spaces throughout New England, and to put on concerts to raise money for worthy causes. In the fall of 2020, NEJC hosted roughly 20 shows around New England, and raised over $5,000 for worthy causes. NEJC has continued and expanded its efforts in 2021.