Help ensure all children have a warm and cozy night. 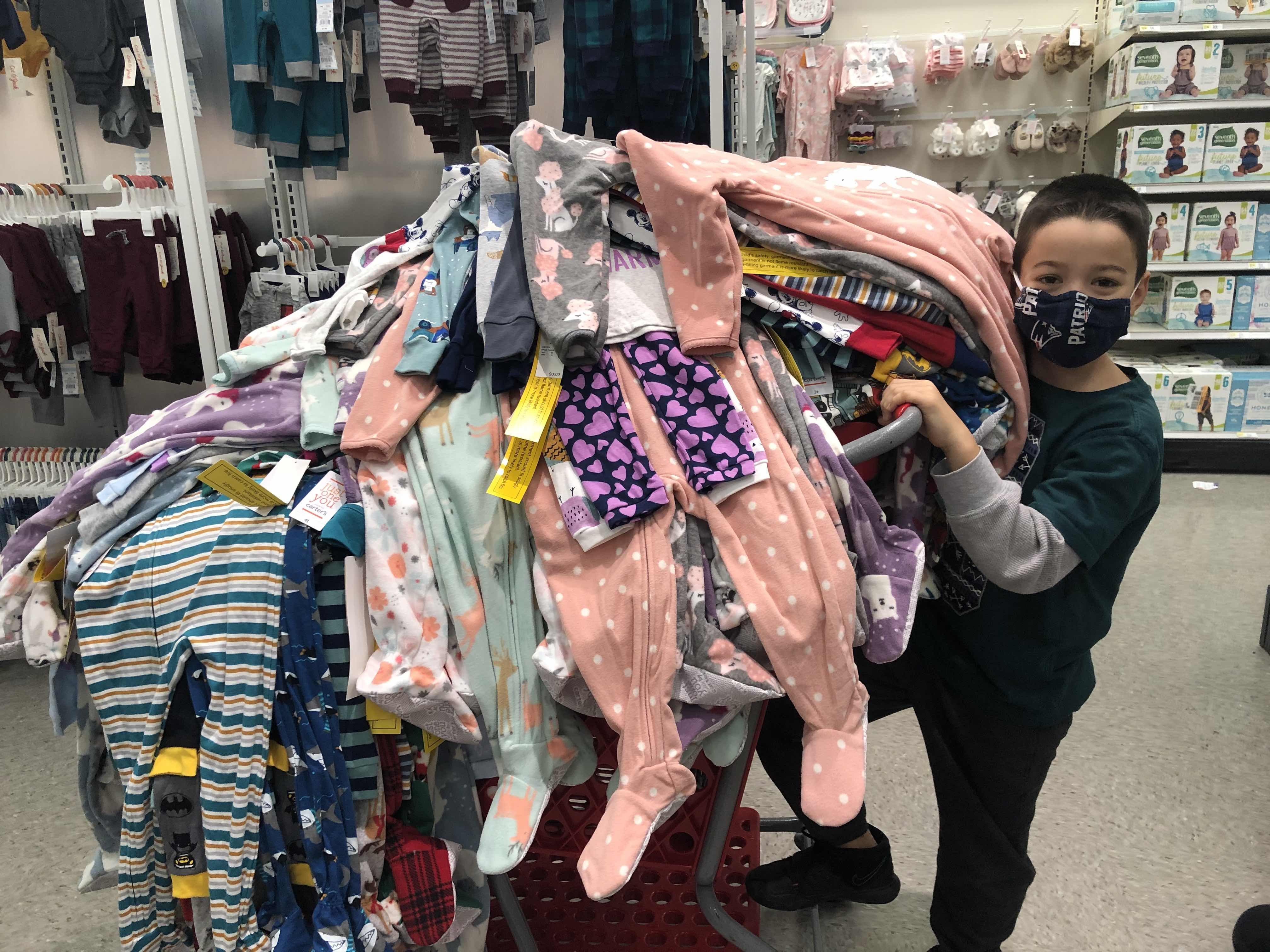 Oliver's Pajama Project started when Oliver was just 4 years old in preschool. His preschool teacher did a collection of pajamas annually as a way to help introduce the idea of giving back and helping others to her young students. That afternoon Oliver came home from preschool informing us that he needed to bring a pair of pajamas to school. Initially he didn't truly grasp the concept, I mean he was only 4 years old, so over dinner that night we talk about what it meant and why children might need pajamas. Once he understood the magnitude of how helping could make a difference he proclaimed "Well, we need to go buy 100 pairs of pajamas for me to bring to school." Gently, we explained we couldn't go to the store to purchase 100 pairs but he could certainly ask friends and family to help him collect 100 pairs. And that he did! Over the next few weeks he asked everyone he knew to "help him collect 100 pairs of new pajamas". He ended up collecting 122 pairs to donate. The following year in Kindergarten when he discovered his new school wasn't collecting pajamas, Oliver's Pajama Project was born and since then he hasn't looked back. Each year his collection efforts grow. In Kindergarten he collected 223 pairs and the following year in first grade he collected 577 pairs. He continued to double his totals each year gaining attention in surrounding towns, and later finding himself on several TV new stations sharing his love for his project. In 2nd grade he broke his goal of 1,000 pairs and collected well over his initial goal! Last year as a 3rd grader, he challenged himself to collect 2,500 pairs of pajamas to match the total he had collected his first 4 years. Astoundingly, his followers on FaceBook, community groups/businesses in Glastonbury and across the state and individuals who saw him on TV rallied behind him and he blew his goal out of the water amassing over 3,600 pairs! An incredible feat, especially during times of COVID. He was so grateful to be able to help so many kids. Last year he not only received pajama donations, but he also received many monetary donations. Thus, he be learned how to be a savvy shopper, looking for deals and pajama sales, spending his donations wisely. He spoke to store managers asking for discounts to help support his efforts and stepped out of his comfort zone to maximize his donations. To date he has collected approximately 12,000 pairs of brand new pajamas for children (newborns through 18 years of age) in underserved communities across the state of CT. He has been able to help fulfill the requests and needs of numerous National Pajama Project community partners and continues to strive to help as many children as he can. This year his goal is a staggering 6,500 pairs of brand new pajamas. Every share of his video on Facebook helps by spreading the word. Every share of his GiveButter campaign helps. No donation is too small. Everything helps and together we can make sure no child goes to bed in their day clothes, because after all, as Oliver says, everyone deserves to go to bed warm and cozy in a pair of brand new pajamas! Thank you!