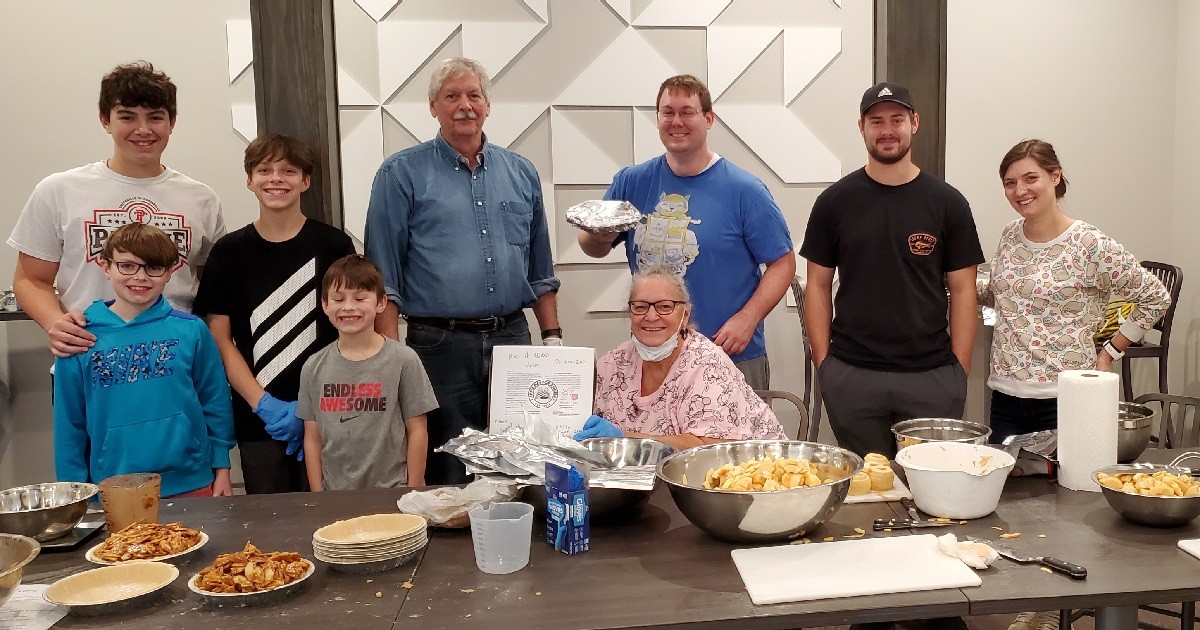 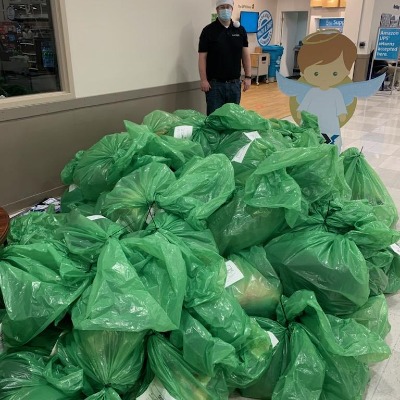 It started many years ago when my younger sister made an apple pie for a church pie competition. With her first attempt, she placed third. The most remarkable thing was that this elementary school kid, who'd never baked an apple pie in her life, bested more than a dozen other seasoned bakers and pastry chefs. We urged her to write down the recipe, this one was definitely a keeper.

Later that year for Thanksgiving, we pulled out that  apple pie recipe. So excited was my family to have that award winning apple pie. My mom followed the recipe to a T. Alas! the pie came out like soup. Was it a fluke? Several attempts later confirmed what we feared: an elementary schooler had caught lightning in a bottle, but as a child is bound to do, had improvised the recipe or misremembered a detail. To the world's misfortune, what she wrote down was different than what she had made.

Many years later, Kimberly-Clark, the company I worked for, held a bake sale as a fundraiser for the United Way. I had already spent time experimenting with pie crusts, I liked food and baking seemed like a fun hobby. Since it was fall and apples were in season, I decided to make some apple pies. But not just any pie, and not the misremembered recipe. I set out to reinvent the recipe. I looked at her recipe. I researched recipes. Crust. Filling. Crumble? Double Crust? Something else?

I picked the apples from a local orchard - Ginger Gold and Mollies Delicious. I bought the spices. Cinnamon, Nutmeg, Allspice, Ginger, Clove. I got back to my apartment and got to work. Six hours later I had detailed notes on what I'd done, and three beautiful pies out of the oven. These were the first pies ever created with my recipe. Two pies went to the bake sale. The third was set out as marketing. It was the talk of the office. One of my foodie co-workers raved about the pie. Insisted I give her the recipe.

Within the hour the pie had vanished, the two pies at the bake sale nowhere to be seen. The next day another coworker described how that apple pie was the best they'd ever had, they wouldn't change a thing about it, that they wouldn't even consider adding vanilla ice cream it was already so good. A week later the foodie co-worker reported that she'd finally made my recipe and her family agreed it was spectacular, the best pie they'd ever eaten. And that's when I knew what I had, wasn't my sister's misremembered award-winning recipe. It was my recipe.

Since creating this pie recipe seven years ago, I've personally made hundreds of them for holidays, for family members, for gifts, for co-workers, and just because. I've had many people tell me I should go into business baking pies, that I'd make a fortune. To me that'd turn a joy into a job, something special into something ordinary.

The goal every year is to make this "The Best Christmas Ever", but last year planning was filled with dread. How could we make so many pies in the middle of a pandemic? So we made the jump to a fundraiser instead of a simple pie sale; my goal was to adopt 102 children and barely scrape over the bar we'd set so high.

But your generosity was simply astounding. 175 pies made and 436 children-in-need adopted (putting the Flexware Foundation and Apple Pies for Angels tied for #1 biggest Indianapolis-Area corporate sponsor)

This year we hope to continue the tremendous success of last year, to expand the pie factory to make 400 pies and to buy Christmas gifts for 300 children-in-need.

If you've ever enjoyed my apple pie, please consider sharing that joy. 100% of every donation to Apple Pies for Angels will go towards spreading joy and buying Christmas gifts for children-in-need.

Thank you for your incredible generosity, and for making this the Best Christmas Ever.

How 'bout them Apples

Pie in the Sky 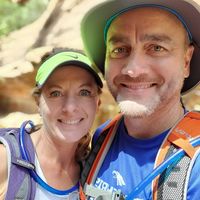