These aren’t just some of the world’s worst disasters in 2019; they are also the cause of 2019’s largest GoFundMe campaigns.

GoFundMe’s crowdfunding platform is best known for helping individuals raise money for personal campaigns, covering everything from medical expenses, memorial funds, and emergency relief. Celebrating 10 years since its founding, GoFundMe has helped 120 million individuals successfully raise 9 billion dollars. Although GoFundMe was created with the intent of rallying support from loved ones to celebrate “life’s important moments,” it became clear over time that the success of GoFundMe’s public campaigns was in “life’s private moments of pain.”

GoFundMe comes with 18 preset cause categories (pictured below), with the majority of funds raised covering medical expenses. GoFundMe campaigns are geared toward individual fundraisers, but registered 501(c)(3) nonprofits based in the US, UK, Australia, and Canada connected to PayPal’s Giving Fund database can use it as well.

Despite its success, GoFundMe is not without areas of concern, especially for nonprofits. GoFundMe has faced backlash for how few medical fundraisers raise funds without going viral (an estimated 1 and 5). GoFundMe has also been accused of setting up campaigns to be most successful for people with privilege, power, and influence. Finally, GoFundMe is criticized for lack of data privacy and its inability to prevent fraudulent and controversial political campaigns.

What’s the difference between GoFundMe and GoFundMe Charity?

GoFundMe Charity has been a few years in the making since GoFundMe acquired YouCaring and finally CrowdRise in 2017. GoFundMe recognized they were effective at helping individuals raise funds for one-off needs, but not excellent at offering nonprofits the all-in-one fundraising platform solution necessary for long-term philanthropic success. Acquiring Crowdrise’s features enabled GoFundMe to create GoFundMe Charity, competing for the first time at scale with other all-in-one fundraising solutions for nonprofits.

GoFundMe Charity features are a major upgrade for nonprofit users, as most features are NOT included in the GoFundMe crowdfunding platform.

Let’s take a closer look at how these features play out in fees when charities raise money.

What Are the Fees on GoFundMe?

Unlike Kickstarter, GoFundMe is not an ‘all or nothing’ platform. GoFundMe fundraisers take home every dollar raised, regardless of goal attainment in 3-12 business days.

As of 2017, GoFundMe finally joined the bandwagon after Facebook and did away with platform fundraising fees (aka the “GoFundMe Guarantee”). Today, GoFundMe still appears to charge a 0% platform fee. However, GoFundMe’s payment processing fees are somewhere between 2.9-7.9% + $.30 per transaction, depending on the select credit card processor. Since launching GoFundMe Charity, it’s unclear if GoFundMe fees have changed for nonprofits or anticipate change. GoFundMe fees do not include supporters’ capability to tip GoFundMe up to 15% for its operational costs, nor does it enable supporters to cover credit card processing fees for nonprofits.

Considering how limited the GoFundMe platform is and how high its payment processor fees are, its no wonder GoFundMe Charity had a waitlist with thousands of nonprofits before its November 2019 launch.

How Do GoFundMe Charity Fees Work?

The bottom line is this: GoFundMe has helped millions of charities raise money for short-term projects. Its new ‘all-in-one’ platform, GoFundMe Charity, has yet to prove if it’s as successful and cost-effective as other fundraising software in the long-run. Only time will tell. Nonprofits will need to weigh their current fundraising technologies against the GoFundMe suite and other less viral alternatives to make the most cost-effective decision.

If your nonprofit already uses a crowdfunding platform, consider:

If your nonprofit is NOT already using a crowdfunding site, ask yourself:

To see side by side comparisons of fundraising software available today, including crowdfunding capabilities, Capterra is a good place to start. One powerful alternative with more than 60 five-star reviews on Capterra compared to GoFundMe and GoFundMe Charity is Givebutter.

Thousands of nonprofits use Givebutter to raise money on their websites, generate social fundraising campaigns, sell tickets to events, and grow donations over time. With Givebutter’s all-in-one fundraising solution, nonprofits have turn-key access to: 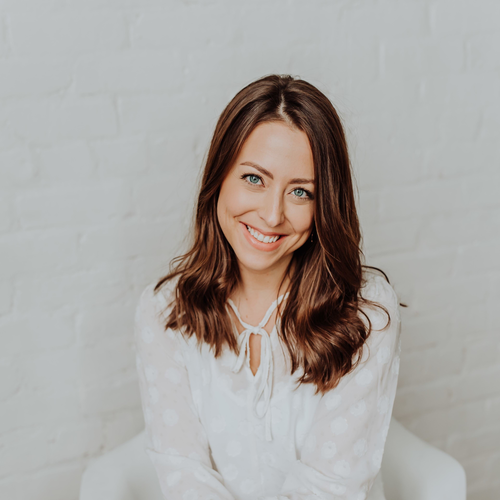 Written by
Rachel Mills
Rachel is a fundraising and marketing consultant for nonprofits whose aspiration since she was 16-years-old is simply this: help others, help others.
View all posts

Also read:
Corporate social responsibility: How to team up with companies to do good