Empower the Church to get your gift where it is needed most. 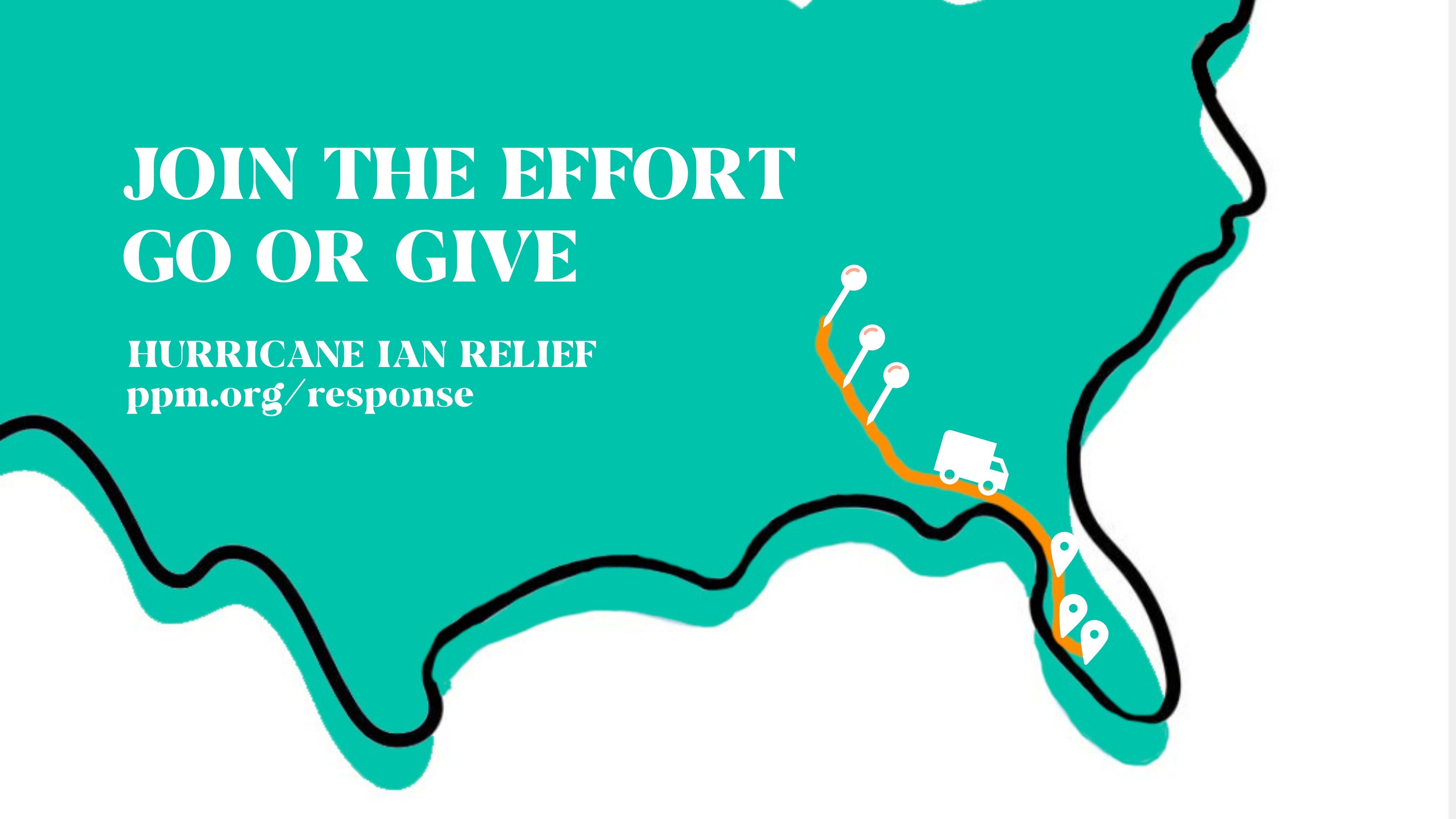 Hurricane Ian is one of the largest and strongest hurricanes the US has ever seen on its shores.  It had reached sustained winds of 155 mph (2 mph shy of a category 5 hurricane) just before reaching the shores of Port Charlotte.  Ian has inflicted catastrophic damage throughout the state of Florida.  Officials are claiming that this may be the deadliest hurricane in Florida's history.  PPM's Disaster Response team aims to be on the ground as soon as possible to help where it is needed most.

Your donation will go toward stocking up on supplies like generators, chainsaws, gas, food, and water to quickly relieve the devastation caused by the storm.  We plan to gather these supplies and stage them just outside of Hurricane Ian's path so that we can respond to those affected immediately after the storm.

As always, we work with our extensive network of churches across the country to assess the needs of the people and make sure that the resources are allocated where they will do the most good.  Please consider donating to this effort to see your contribution make the most impact.  We have rented a 26' truck to fill in Alabama in anticipation of your generosity.  Let's fill it!

Praying Pelican Missions exists to inspire unity within the global Church. As an interdenominational ministry, we seek to celebrate the variety of the Church while leveraging what binds us together. There is no more powerful example of God’s love to a community than when His people come together to serve and advance the Gospel, all in the name of Jesus.

Each year, we set up and lead mission trips for churches, small groups, families, and individuals, continually expanding and strengthening a network of pastors and communities both abroad and in the United States. Our trips are built around three main pillars for healthy short-term missions: genuine partnerships, long-term relationships, and sustainable ministry.

Through Praying Pelican Missions, more than 50,000 short-term missionaries have served in over 450 different communities throughout our locations. As lives are touched and hearts are transformed, there is an increasing number of pastors, churches, and communities inviting mission teams to serve alongside them through Praying Pelican Missions. We are continually amazed to witness and be part of God's movement in the world, from Chicago to Costa Rica to South Africa and everywhere in between.

Connecting the local church on a global level