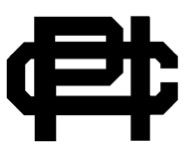 One of my favorite trips of all time was Old Speck, a 4000'+ peak at the northeastern end of the White Mountains. On that trip in the mid ‘80s, torrential rain pinned us in our tents for 18 hours, forcing us to compress two tough days of hiking into one brutal marathon.

I remember the bone-deep grind of that long hike, but what really stands out is how I felt the next morning. On the one hand, inching out of my sleeping bag was sheer agony. On the other hand, while making eggs and bacon for eight exhausted campers, I felt a genuine sense of accomplishment. As we returned to the trail that morning, ignoring screaming calves and oh-so-tender shoulders was a matter of pride.

The boys felt the same. For the rest of the season, you could see it in their faces, in stories at dinner, in their band-of- brothers teamwork on the dust ball court, in deepened friendships.

Pine Island, too, has been forced to “double up” in 2020. In just four months, we’ve raised about as much as we did after the Great Fire, enough to overcome the shortfall created by our cancelled season. That accomplishment is breathtaking and was possible only through the generosity of so many in this community. Thank you.

Of course, the punchline of both stories—on Old Speck then and at Pine Island today—is that we have to go on, to keep our legs moving as though we hadn’t just pushed ourselves to the limit to accomplish something extraordinary. That’s why I’m asking you to donate as you normally would to Pine Island’s annual fund this year.

If you are able, I hope you will donate generously to Pine Island’s annual fund, whether for the first time this year or in addition to previous giving. We would be most grateful for your support.

With thanks for all you have done to strengthen Pine Island...
Thanks and... Akka Lakka!