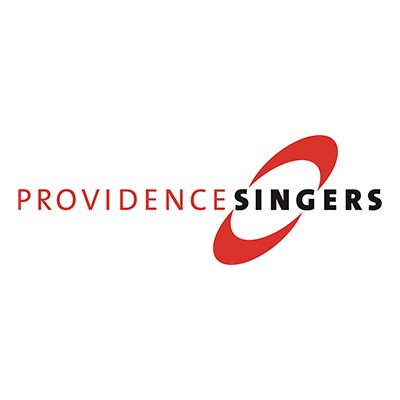 Celebrating a return to singing 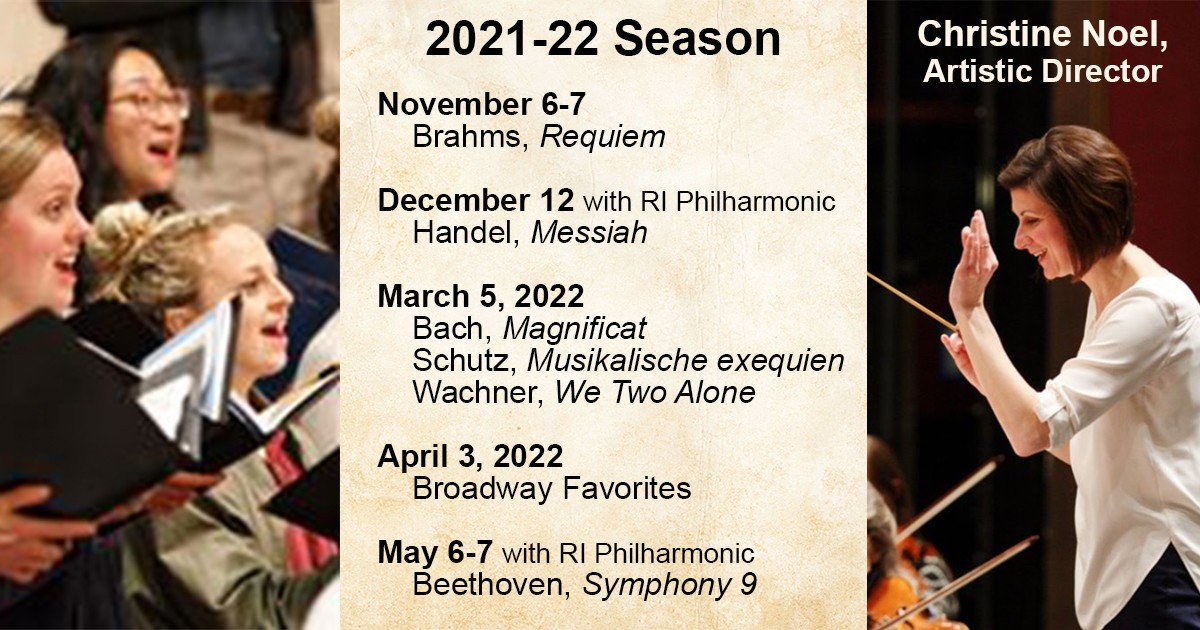 Returning to the stage

To celebrate the return to singing, the Providence Singers presented a free performance of Brahms' Requiem on Sunday afternoon, November 7, at the Cathedral of Saints Peter and Paul, as well as a ticketed performance at St. Mary's Parish in Bristol, RI. On December 12, a beloved holiday tradition returned when the Singers performed Handel's Messiah with the RI Philharmonic, Bramwell Tovey conducting.

Our 50th anniversary celebration concert on March 5 features J.S. Bach's Magnificat in D, performed with Baroque orchestra and five wonderful soloists. Also included in the concert is the Musikalische Exequien by Heinrich Schütz and the world premiere of "We Two Alone," a work commissioned from former Providence Singers artistic director Julian Wachner.

On April 3, the Singers return to McVinney Auditorium for Broadway Favorites, a Sunday afternoon concert of musical theatre choruses and solos. We'll be joined by dancers from the State Ballet of Rhode Island.

The season finale will be two performances of Beethoven's 9th Symphony with the RI Philharmonic, May 6 and 7.

Thank you for your support of the Providence Singers.