Make the Home of James and Grace Lee Boggs a Museum

Make the Home of James and Grace Lee Boggs a Museum 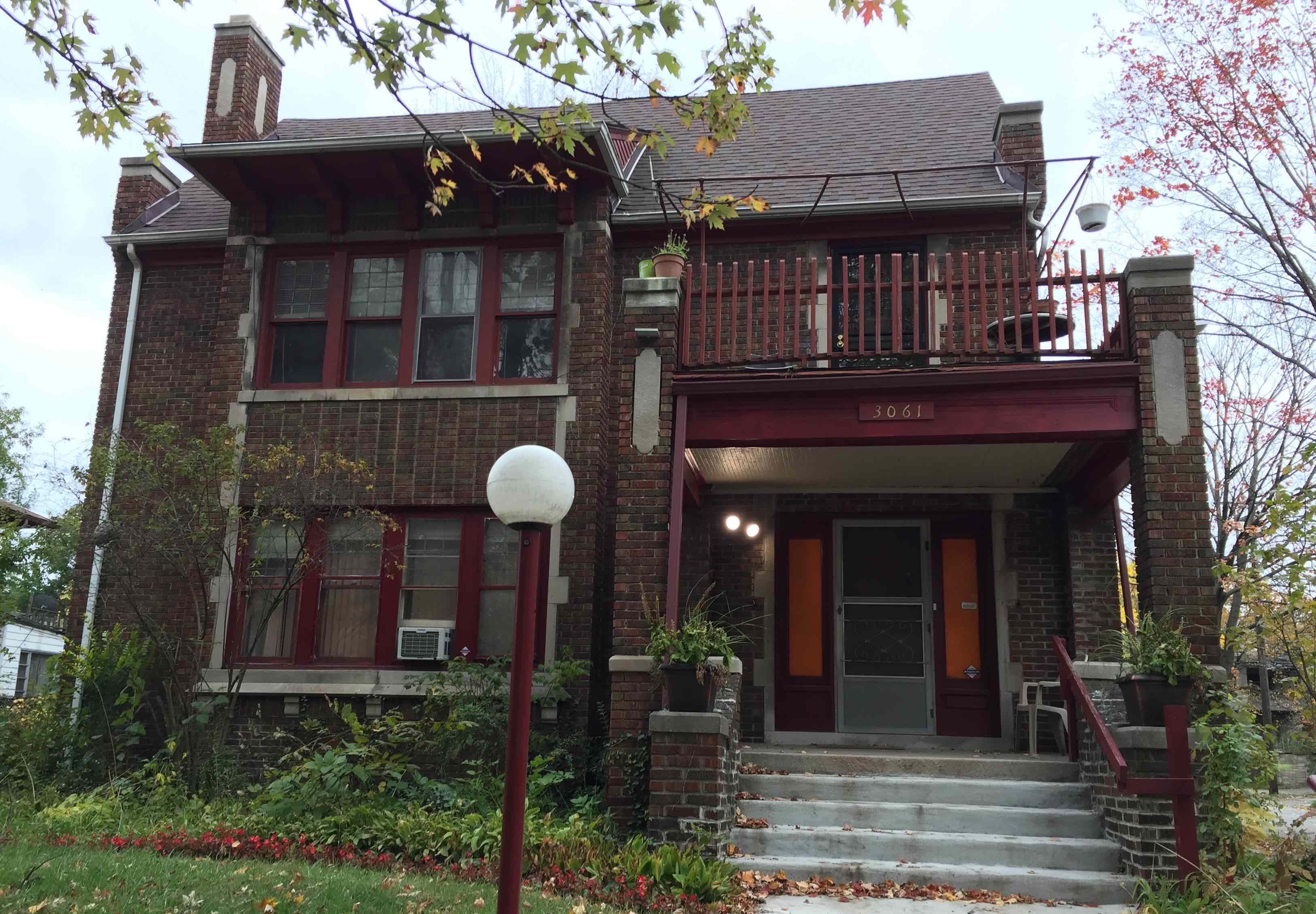 The James and Grace Lee Boggs Foundation seeks funds to preserve the historic home of James and Grace Lee Boggs on the Eastside of Detroit as a community museum to honor the Boggses’ revolutionary lives and works. The Boggs Museum will be a dynamic site of history, culture, and activism, offering lessons from past struggles for today’s movement builders working to reimagine everything and shake the world with a new dream. Sharing the building with the James and Grace Lee Boggs Center to Nurture Community Leadership and coordinating activities with the James and Grace Lee Boggs School (K-8) down the street, the museum will be embedded within a movement-oriented neighborhood that inspires people of all ages to transform our selves and our societal structures through radical models of education, urban farming, cooperative ownership, collective care, and self-governance. We seek to demonstrate what our world will look and feel like when we prioritize collective life and humanity over capitalist profit and exploitation.

Please donate today! Continue reading for more info and ways you can help.

Who Were James and Grace Lee Boggs?

James Boggs (1919-1993) was an African American autoworker and labor organizer from Marion Junction, Alabama. He was raised in the rural South under Jim Crow, then moved to Detroit during the height of the industrial era. Grace Lee Boggs (1915-2015) was a Chinese American born in Providence, Rhode Island, and raised in New York City. After obtaining her PhD in philosophy, Grace was spurned by academia and made her home in the Black community and movement. Jimmy and Grace married in 1953. Together, the Boggses foresaw the devastation of Detroit and crisis in the United States owing to automation, white supremacy, militarism, authoritarianism, and the emphasis on technological over human development. Through writing and organizing, they struggled to move the nation beyond the stage of rebellion against an unjust system by encouraging organizers and all members of society to see revolution as the exercise of self-government and an evolutionary advance for humanity.

Who Is the Sponsor of this Fundraiser?

The James and Grace Lee Boggs Foundation. Established based on directives from Grace, the Boggs Foundation is the sole owner of the Boggses’ personal and intellectual property and is designed to make the revolutionary work of Jimmy and Grace knowable and meaningful for current and future generations. The Foundation supports the Boggs Center, the Boggs School, and other educational and charitable purposes consistent with the visions of Jimmy and Grace. We are a nonprofit 501(c)(3) organization, and eligible contributions are tax-deductible.

Background on the James and Grace Lee Boggs House

The Boggs home at 3061 Field Street, an approximately 100-year-old building in Detroit, is a historic site of movement activism that remains at the center of the Boggses’ vision to build the next American revolution from the grassroots. Jimmy and Grace moved here in 1962 and called it home until they joined the ancestors, respectively, in 1993 and 2015. During this time, they welcomed people engaged in virtually every movement of the 20th century and on into the 21st. They also developed new visions and programs to reimagine education, end war and violence, turn vacant lots into urban farms, and redefine local economies by prioritizing human needs over private profit. In 2012, the City of Detroit designated the Grace Lee and James Boggs House Historic District. As we continue to struggle against police killings, gun violence, and racist attacks, the Boggses’ embodiment of Black-Asian solidarity and revolutionary humanism is more vital than ever. And the Covid-19 pandemic has further driven home Grace’s societal wake-up call, “The only way to survive is by taking care of one another.”

A Center of Revolutionary Politics and Philosophy

The Boggs home is also a dynamic site of revolutionary ideas and strategy. It was also their home, filled with family, friends and neighbors, celebrating, sharing and creating lives together. It is the place where Jimmy and Grace did much of the writing for the most influential books they authored or co-authored, The American Revolution (1963), Racism and the Class Struggle (1970), Revolution and Evolution in the Twentieth Century (1974), Conversations in Maine (1978), Living for Change (1998), and The Next American Revolution (2011). As seen in the documentary American Revolutionary: The Evolution of Grace Lee Boggs, it is a space of critical connections marked by conversation, dialectical thinking, and community building. This philosophical and political work carries on through the words and actions of thousands of organizers, artists, scholars, and policy makers drawing inspiration from the Boggses.

A Historic Site in Liberated Territory 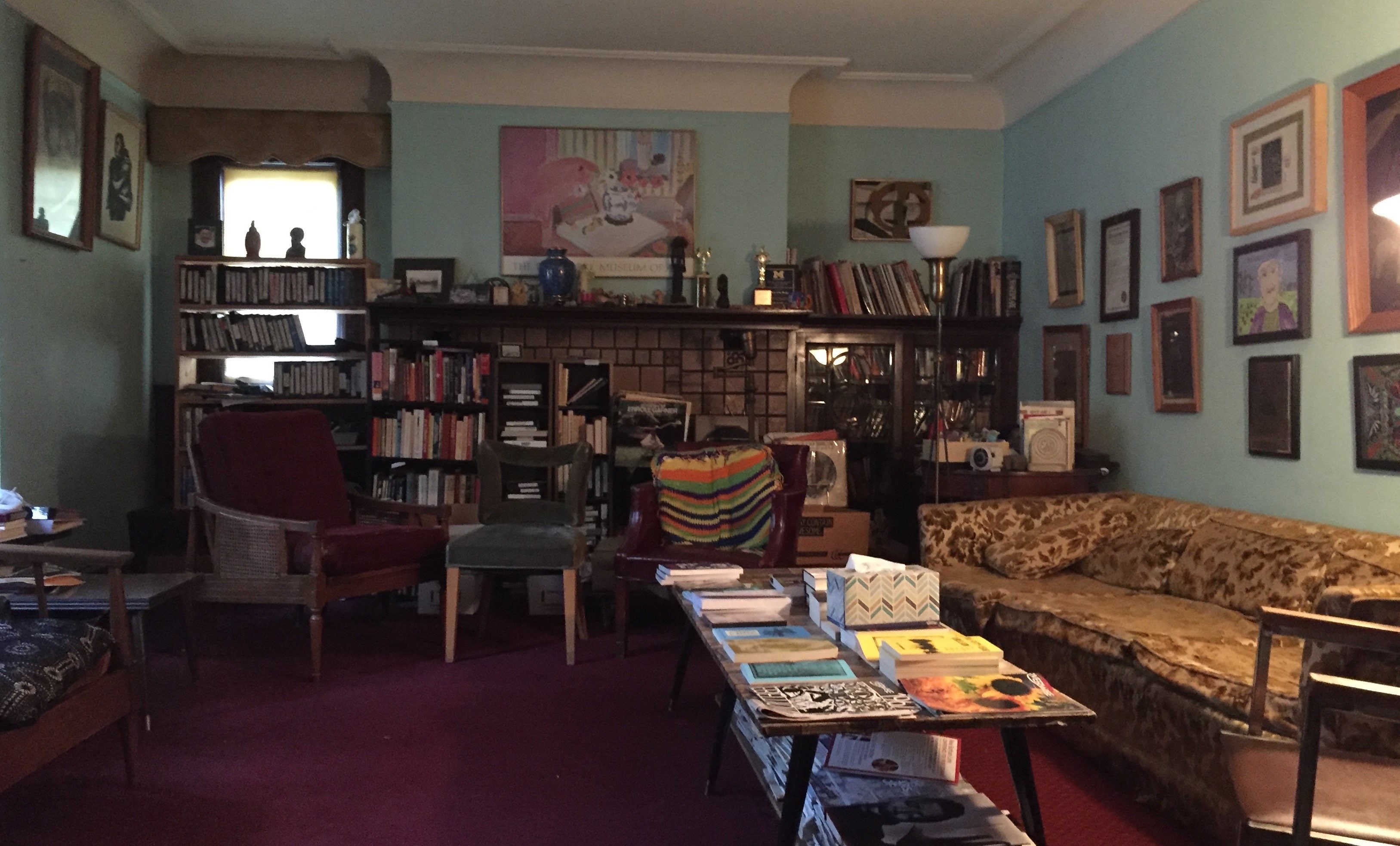 The Boggs Museum will serve multiple, overlapping purposes. First, it will draw visitors from all over the world—from K-12 students in Detroit to national and international travelers making a trek to the source of the Boggses’ inspirational vision. The home retains most of the actual furnishings, artwork, and books that Jimmy and Grace accumulated, much of which dates back to the 1950s. This will be a one-of-a-kind experience.

Second, the Boggs Museum will serve a model of what Grace called “visionary organizing,” providing living examples of a more humane system through universal and accessible design, educational programs and exhibits, art installations and performances, and an edible garden.

Third, the Boggs Museum, located in a majority Black and working-class neighborhood, will be a nexus of revolutionary urban transformation. It will provide a tangible alternative to Downtown models of urban redevelopment and corporate gentrification in Detroit and other cities. In conjunction with the Boggs Center, Boggs School, and local partners, the museum will encourage the formation of holistic community-building centered on cooperative models of housing, work, farming, childcare, maker spaces, public art, healing justice, and “peace zones” to deescalate violence and deter reliance on police.

How will my donation be used?

These funds will be directly applied to Phase I of a multi-stage planning and implementation process. First, the Boggs Foundation will hire a project coordinator to serve as the point person for the planning process and feasibility study. Second, we will commission expert consultants to advise on matters, such as architectural design, site planning, accessibility, staffing, archiving, cataloguing, curating, museum pedagogy, technological needs, membership development, and long-term fundraising. Third, we will continue to build relationships with community partners and neighbors as part of a collaborative planning process. Fourth, we will launch our website and provide more information and announcements for the public, including programs and events to be held while the house museum site is under development.

Our Medium and Long-Term Goals

Your donations and anything above our goal will help the Boggs Museum launch a $250,000 planning process taking place over the next 18 to 24 months, during which time we will devise an implementation and operations plan detailing the necessary components to open the museum. That will lead to Phase II, in which we will aim to complete all physical and intellectual work necessary to open the museum with sufficient staff. Phase III will entail the first opening of the Boggs Museum with its inaugural exhibits and sustainable operations.

All contributions will also support our ultimate goal of building an endowment to support the Boggs Foundation and Museum in perpetuity.

What You Can Do Now

1) Give a donation to support the Boggs Museum. If you have the capacity, please consider a monthly or quarterly recurring donation.

2) Share this funding appeal with your friends directly from this page. Use hashtag #BoggsHouse on social media. Or text BOGGS to (202) 858-1233 to give a donation by phone.

3) Change your profile picture to this photo of Jimmy and Grace. Make sure to add in the description: Help Make the Home of James and Grace Lee Boggs a Museum, go to https://givebutter.com/BoggsHouse

5) Read the books and writings of James and Grace Lee Boggs, as well as other authors who worked with them and carry on their revolutionary legacies

How wonderful that the home on Detroit’s Eastside, where so many of us young activists of the 1960s were welcomed and mentored by Jimmy and Grace Lee Boggs, is going to serve as a museum! For so many years, the home has been a center of community organizing and political education.

Now future generations will be able to find there historic books, art, files, photos, speeches, papers and memorabilia — all testaments of the revolutionary struggles in which Jimmy and Grace played momentous roles, not only in Detroit, but nationally and abroad.

As a powerful repository of revolutionary culture and legacies, this museum will inspire others towards the politics of community development and self-determination to which Jimmy and Grace devoted their lives.

James and Grace Lee Boggs left an impact on so many Detroiters and people across the globe. The Boggs Center has been a convening spot for many people to learn from Grace and Jimmy for decades. It is important that we preserve the Boggs house as a museum, so that all who visit can continue to learn from their activism, writing, and organizing.

—Senator Stephanie Chang, mentee of Grace Lee Boggs and prior resident of the house at 3061 Field Street

For over four decades, for anyone seeking to radically change this country, all roads led to Detroit—specifically to 3061 Field Street. The home of Grace Lee and Jimmy Boggs was the gathering point for everyone—from community organizers and internationally renowned intellectuals to neighborhood kids—thinking about and making a new revolution. Their home is an authentic landmark, both as a repository of 20th century history and an inspiration to those who continue to do the work.