By Institute for Social Ecology 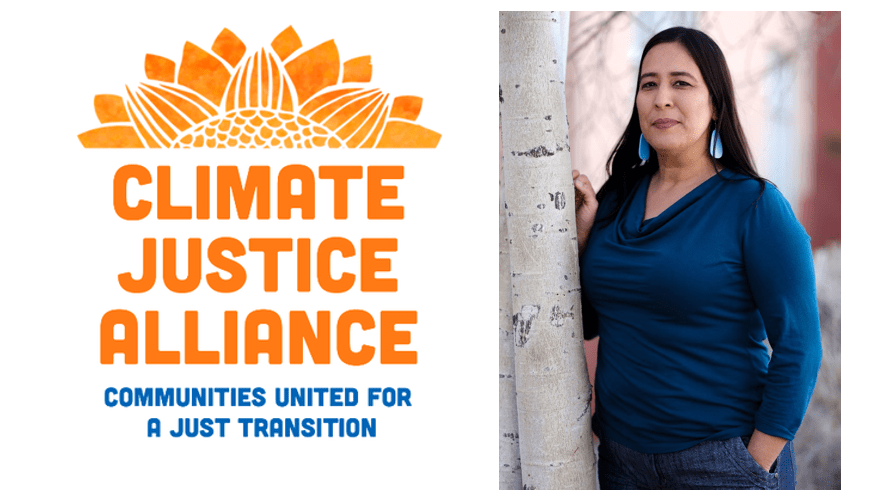 Join us for a talk by Ozawa Bineshi Albert, Co-Executive Director of the Climate Justice Alliance and founding member of the Indigenous Environmental Network. Bineshi and ISE Racial and Environmental Justice Coordinator Kali Akuno will discuss the recent COP26 conference, the false solutions it advanced, and what people's movements must do to counter the false solutions, stop the advance of climate change and regenerate our communities and ecosystems.

Binesha was a founding board member of the Indigenous Environmental Network (IEN), served on its three person Leadership Team alongside the Executive Director, and was the networks Movement Building Coordinator and Co-Coordinator for Indigenous Feminisms. She is proud to have contributed to the work of It Takes Roots, the Rising Majority and international movement spaces. While at IEN, Bineshi supported the creation and development of both an Indigenous Feminist Organizing School and an International Feminist Organizing School. Before that, she held many positions including the Interim Co-Director at SAGE Council, one of the founders of the Native American Voters Alliance; Regional Director (West) for the Center for Community Change, Co-Director of the SouthWest Organizing Project (SWOP), and she served as a lobbyist for a number of initiatives including Strong Families in New Mexico. Bineshi began her organizing work with the Coalition for the Rights of Indigenous Peoples and Native Lands’ Toxics Campaign at Greenpeace. She holds a degree in Indigenous Liberal Studies from the Institute of American Indian Art with minors in Performing Arts and Creative Writing. She is the proud mother of three: a daughter and two sons, and recently became a grandmother. She makes her home in relocated Yuchi & Muscogee territory in Oklahoma, also known as Tulsa.

The Climate Justice Alliance (CJA) is one of the leading advocates for climate justice in North America. CJA is an alliance of over 70 frontline organizations from Indigenous, Black, Latino, Asian, Pacific Islander, and white working class urban and rural communities. Unlike many of the alliances and formations in the struggle for climate justice that focus primarily on policy, lobbying, or mass mobilization, CJA members focus primarily on the development and implementation of viable solutions to the climate crisis that focus on the development of new, autonomous institutions and productive systems focusing on creating community-centered solutions to the climate crisis.

This is the first of a 2 part series hosted by the ISE centered on the critical work and contributions of the Climate Justice Alliance. This series will focus on the efforts of the alliance and its members to create transformative solutions to the climate crisis. Solutions that regenerate ecosystems, democratize society, and socialize the economy.

Popular education for a free and ecological society