Help me create opportunity for one of the poorest groups of people in the world. 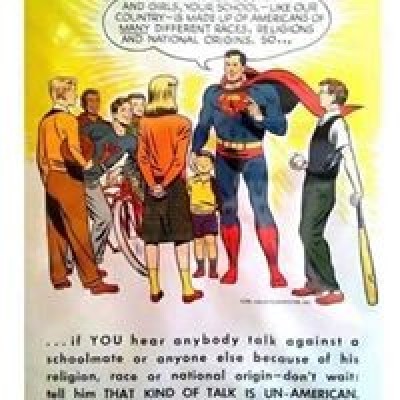 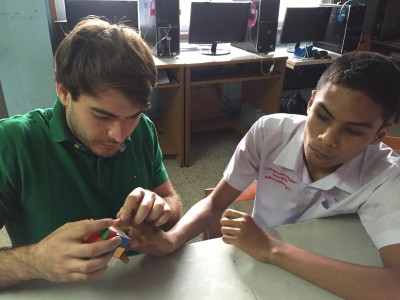 Meet Man, a student of mine in Thailand. He's completely blind. He is also brilliant.

I'm the first blind engineer from El Salvador (Stanford '16). Last year, I wrote and taught Thailand's first computer science curriculum for blind students to prove that visually impaired people, one of the poorest minority populations in the world, can meaningfully contribute to society regardless of their origin. After a successful semester of teaching, I believe I've proven my point, and now I'm prepared to solve this issue directly by founding Group Theory, a software company that will utilize an accessible software development process to train and employ visually-impaired software developers in competitive, fair-trade work. I'll be returning to Thailand as an Engineer in Residence of the Father Ray Foundation to implement these technologies this summer, and I intend to ultimately offer employment to individuals all over the world.

I'm Adrian Rodriguez, and when I graduated from Stanford University in 2016 with an engineering degree in computer science, I became the first visually-impaired engineer from El Salvador. As triumphant as that title might sound, I believe it bears a great weight. You see, my journey exemplifies rare fortune; literally no one has had my luck-- not from where I started. Yet so many more people than me deserve my opportunities.

Even though blindness is not an intellectual disability, visually-impaired people are among the most relegated minorities in the world. We offend society so much that many blind infants in developing countries live in orphanages, and 90% of all visually-impaired people in the world wrestle with poverty. Misappropriation of the blind is an undying humanitarian crisis, yet I believe its solution is a matter of imagination.

Our global, sighted society fails to utilize over 250 million of its members because almost every occupation we've devised necessitates hand-eye coordination. Hence, even in America, more than 70% of working-age visually impaired people are not employed.

Meanwhile, we live amidst an industrial revolution propelled by "pure thought stuff." Computer programming is not necessarily visual. In fact, its fabric is invisible.  So, last year, I left my job to design and teach Thailand's first computer science curriculum for the blind. I aimed to prove that blind people-- even those in emerging countries-- are intellectually vital to the world, and I believe my co-teacher and I succeeded in this endeavor as Proadpran P. Punyabukkana, a Computer Engineering professor at Thailand's leading university, observed and recommended our work to the Thai Ministry of Education. Moreover, the organization that originally sponsored my curriculum, the Father Ray Foundation, has offered to host me as an Engineer in Residence while I focus on my ultimate goal.

While education is critical, my ultimate goal is to create and maintain software development jobs for the visually impaired myself, as I believe I can leverage my knowledge of the craft to fashion a process through which even blind, non-English-speaking persons can contribute to the field.

I presented this idea to Perkins Coie, US News Patent Law Firm of the year, and they have agreed to partner with me in patenting this invention. Hence I am in the midst of drafting these patents and founding a company called Group Theory.

Group Theory will initially offer websites that are not only technically and aesthetically cutting edge, but also offer next-generation audio interfaces to flood the Internet with richly accessible content. What's more, these websites will be assembled by a work force of mostly visually-impaired employees. Through these means, I believe I can distribute opportunity to anywhere with an Internet connection.

Please help me realize this vision by giving to this campaign. Your support will fund incorporation fees, legal fees, engineering supplies, and my hygiene, which will be critical as I commence this journey from one of the most humid places in the world.

$2000: Beta Website Development Contract. Become one of our pioneering beta clients when we launch early next year. Group Theory will offer you its full website development service at launch, which means we'll make a website for you or your business right before your eyes. eCommerce not offered at this time. Hosting and Domain fees still apply.