By Friends of Latin America (FoLa) 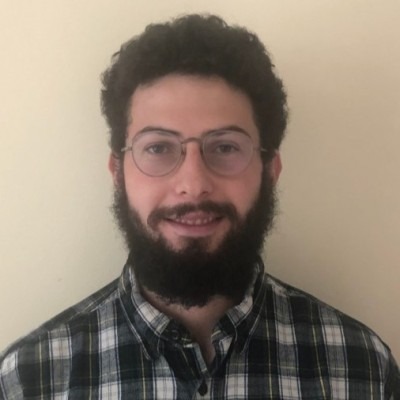 Friends of Latin America (FoLA) is a volunteer-run social movement based in Howard County, Maryland, which since the early 1980s has monitored U.S. policies in Latin America, provided public education, promoted citizen participation, and advocated on behalf of marginalized people of that region. Thanks to generous donations from FoLA and FoLA members, we were able to send an initial $330 in January 2022 to be distributed amongst indigenous social movements in support of their incarcerated comrades in Guatemala.

How did this project come together?

In November 2021, I had the opportunity to travel to Guatemala and meet with revolutionaries, organizers, community journalists, and land defenders in the Alta and Baja Verapaz departments. The trip was part of an ongoing collaborative research and media project between myself, the Guatemala Solidarity Project (GSP) and the Promoters of Migrant Liberation (PLM) on the outsourcing of U.S. border militarization to Guatemala. The GSP and PLM are both currently involved in a binational (Mexico/Guatemala) prison release campaign to push for the release of a growing number of political prisoners, many of whom are indigenous community leaders.

The GSP has been organizing with communities in resistance since the 1990s and they helped facilitate my visits to several local communities. One of those communities was a series of Maya Q'eqchi' villages surrounding the town of Purulha, Baja Verapaz. There I met with the leader of the Mayence social movement to discuss their ongoing resistance against an intensifying onslaught of surveillance, violent eviction attempts, and arbitrary arrests. For context, oligarchic landowners all over Guatemala who control private paramilitary groups (and are backed by the government and are often involved in partnerships with international finance and lending institutions like the World Bank), have for many decades continued to repress and disposses indigenous communities of their land to exploit natural resources.

I asked members of the Mayence how solidarity groups in the U.S. could best support their resistance efforts and they told me that financial support for political prisoners was key. Without the ability to support imprisoned comrades and their families, fewer community members are willing to organize and mobilize. Following my meeting with the Mayence movement, I visited two political prisoners in the regional prison. One of the PPs was picked up a week before my visit right outside Mayence territory while organizing with local communities.

The arbitrary arrest and imprisonment of indigenous leaders and organizers is extremely pervasive nationwide. Through my conversations it was made clear that this repression was intensifying and unlikely to subside anytime soon. This is a call for international solidarity with our Guatemalan comrades organizing in the face of brutal state-sanctioned violence.

Where will the funds go?

The funds will go to the Guatemala Solidarity Project who, in collaboration with various other local organizations and social movements, will disperss funds upon the arrest of any political prisoner in the region.

After arrest there are three big expenses: 1) fianza, which is like posting a bond; 2) lawyer fees up front so they have a rep at their initial hearing which is supposed to happen within 72 hours of arrest but sometimes does not happen until later as an intimidation tactic; 3) talacha, which is the money all inmates (not just PPs) have to pay to the organized gang inmates inside the jail to avoid physical abuse or having to do dirty work inside.

Funds may also be used to assist prisoners and their families financially while they are in jail or post-sentence, for example a monthly sum for the political prisoner to buy food etc. inside, or a similar amount to the family who are struggling to eat due to the imprisonment. Every situation is different and GSP has set up similar funds with leadership from involved orgs.

In mid-January 2022, funds provided by FoLA helped bail out a Xinca leader who has jailed for two days in the department of Jalapa. Unfortunately, he and many other PPs have multiple cases and are facing years in prison. We very much appreciate your donations which allow us to be able to continue to provide some funds on a regular basis. Every little bit helps as the U.S. dollar goes a fairly long way in Guatemala.

For justice and peace,