"Activist, educator, historian Timuel Black, the revered elder statesman and griot of Chicago’s Black community, was active in every major American movement during his long life and spent his later years telling stories from our nation’s blueprint...".

As the city of Chicago reflects on the life and legacy of the revered elder statesmen, Timuel Dixon Black Jr., the City Colleges of Chicago established a Timuel D. Black Jr. Scholars Program for adult learners at all seven city colleges. Scholars will be awarded to adult learners based on current and/or past civic and community engagement or to those with aspirations to drive change in their communities.

Timuel Dixon Black Jr. was an American educator, civil rights activist, historian and author. A native of Chicago, Illinois, Black studied the city's African American history. He was active in the Civil Rights movement of the 1960s, most notably participating in Dr. Martin Luther King Jr.'s Chicago Freedom Movement during 1965 and 1966.[2] Black was part of a coalition of Black Chicagoans which worked to elect Chicago's first African–American mayor, Harold Washington in 1983.  To learn more about Timuel D. Black from his own words, visit this LINK.

Mr. Black was a valued member of City Colleges of Chicago for many years.  He was appointed Dean of City Colleges of Chicago’s Wilbur Wright College in 1969, and promoted to Vice President of Academic Affairs at CCC’s Olive Harvey College in 1972. Soon after, Mr. Black was promoted to the brand new position of Director and Chairperson of Community Affairs for City Colleges. The wide-ranging duties of this position allowed Timuel Black to interact with all of the colleges throughout the district and foster relationships between City Colleges, communities and private organizations. Later, he retook his place as educator at CCC’s Loop College. He held a professorship there until he formally retired from the City Colleges in 1989. Mr. Black was instrumental in the renaming of Loop College to what we know today as Harold Washington College. 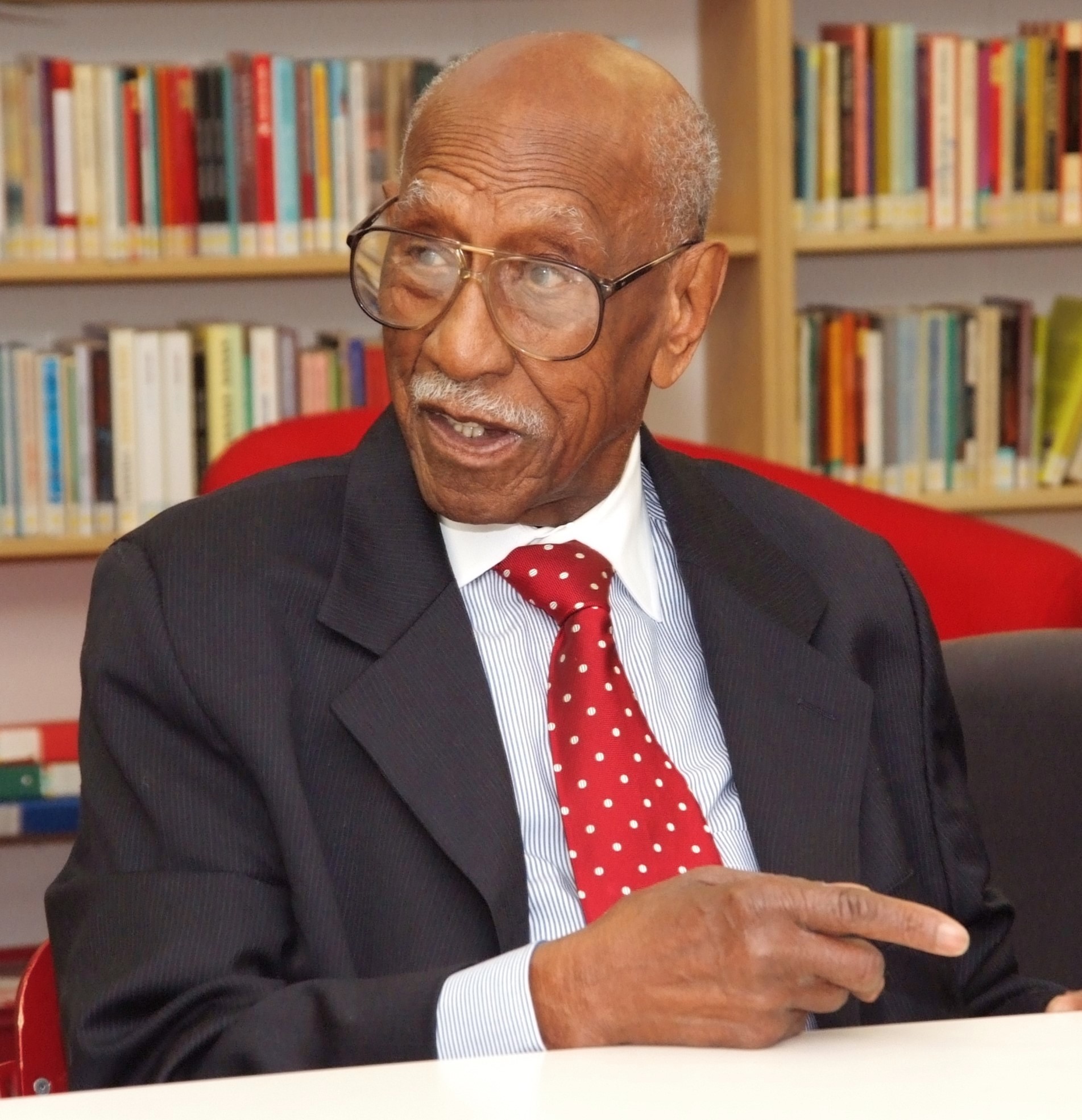 The Dr. Timuel D. Black Scholarship celebrates the life and legacy of Dr. Black. Donations to the newly created scholarship will be awarded to students on an annual basis to attend any of the seven City Colleges. The scholarship, housed at the City Colleges of Chicago Foundation, will include tuition, books, and fees. Scholars will have the opportunity to engage in leadership development experiences to enhance their ability to positively impact Chicago communities. In addition, scholars will be eligible to submit project requests to fund civic projects geared at solving, impacting, and highlighting issues central to Dr. Timuel Black’s life and work.

“Over his 102 years, Tim was many things: a veteran, historian, author, educator, civil rights leader, and humanitarian. But above all, Tim was a testament to the power of place, and how the work we do to improve one community can end up reverberating through other neighborhoods and other cities, eventually changing the world.”

Timuel D. Black Jr. was born in Birmingham, Alabama on December 7, 1918. His family became part of the first Great Migration of African Americans from the Deep South, settling in Chicago in 1919, and he lived in the same south side neighborhood from that point on. Tim Black was a nationally respected educator, political activist, community leader, oral historian, philanthropist and philosopher. During his early school years at Edmund Burke Elementary School and DuSable High School Black worked as a paperboy for the Chicago Defender.

It was the early thirties when he helped organize the “Don’t Spend Your Money Where You Can’t Work” campaign, which lead to the formation of the Negro Retail Clerks Union. In the 1940s, he was an active organizer of the Congress on Racial Equality (CORE) which worked to desegregate Chicago department stores and public accommodations.

Black served in the U.S. Army during World War II and was awarded four battle stars and a Croix de Guerre, the highest military honor accorded by France to non-citizens.

In 1955, after seeing Dr. Martin Luther King on television, Black was motivated to abandon his doctoral studies at the University of Chicago to become an active participant in the Civil Rights Movement. Immersing himself in civil rights work, Black went on to serve as the Chicago Chair of the historic 1963 March on Washington.

Timuel Black was appointed Dean of City Colleges of Chicago’s Wilbur Wright College in 1969; he was promoted to Vice President of Academic Affairs at CCC’s Olive Harvey College in 1972. Soon after, Black was promoted to the brand new position of Director and Chairperson of Community Affairs for City Colleges. The wide-ranging duties of this position allowed Timuel Black to interact with all of City Colleges and foster relationships between City Colleges, communities and private organizations. Due to budget cuts in 1975, Black’s position was eliminated and he resumed teaching duties at CCC’s Loop College (now Harold Washington College). He held a professorship there until he formally retired from the City Colleges in 1989.

A pioneer in the independent Black political movement, Black was one of the first African Americans in Chicago to challenge the “Regular Democratic Organization” and coined the phrase “Plantation Politics.” He ran for public office several times and was a leader in the massive voter registration campaign which resulted in the election of Mayor Harold Washington.

Two volumes of Black’s three-volume work, Bridges of Memory: Chicago’s First Wave of Great Migration, have been published, and the third volume anticipated. These books chronicle the history of Black Chicago from the 1920s to the present.

In 2000, Black served as the lead plaintiff in Black v. McGuffage, a lawsuit which charged the Illinois voting system with systemic discrimination against minorities. For his work he was honored by the American Civil Liberties Union as Civil Libertarian of the Year.

In 2008, Timuel Black received an honorary doctoral degree from his alma mater, Roosevelt University. In 2010, and again in 2015, Black traveled to the Netherlands and The Hague to be honored and lecture at the annual Dr. Martin Luther King Day Dinner of the United States Embassy.

In January of 2012, the Timuel D. Black Archive was officially inaugurated and opened to researchers. The massive archive of Black’s documents, letters and memorabilia is housed in the Vivian Harsh Collection at the Carter G. Woodson Regional Library in Chicago.

In 2013, the City of Chicago honored Black with the inaugural Chicago Champion of Freedom medal, in recognition of his work in the civil rights movement both locally and nationally.

The award is named after Dr. Young (1845-1918). City Colleges of Chicago first opened its doors September 11, 1911, as Crane Junior College. Nicknamed "the people's college," it was established under the Chicago Board of Education, helmed by Dr. Young, as a way to provide high quality affordable education accessible to all in Chicago. As Chicago's Superintendent of Schools beginning in 1909, Dr. Young was the first woman in America to head a major urban school system. She supported collaboration between students, teachers, and administrators; taught the importance of student personal development and citizenship; and sought a variety of other education innovations through her teaching, writing, and advocacy. To see the entire Seven Strong panel discussion, click here.