Three Afghan Brothers and their Phamilies

Three Afghan Brothers and their Phamilies 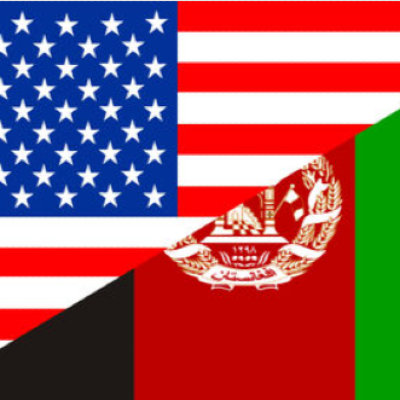 We are Blessed! Our cause has been officially sponsored by KOGM 501(c)(3). All donations will be deposited to their account and properly distributed to our three Phamilies. Please add full name and addresses for official nonprofit charity receipt.

I am not part of a special group or charity organizations. These are just my Afghan brothers in arms and I am unofficially sponsoring them as they seek refuge in this great and free country. Their aim is no less than becoming patriotic and contributing American citizens. They love America and have actually bled more in the fight against terrorism for America than most Americans.

To understand this entire situation you must understand the plight of an Afghan Veteran refugee. After personally fighting in this war for over 13 years, my brothers have valiantly led, saved American lives, and were also abandoned by their own government and military leaders. They were forced to come home because of the threat to their own families. Much like me, they were at the pinnacle of their military careers, but they lost everything. One family was forced to leave their matriarch in Kabul because of her health. My brother left half of his savings with her ($4000 of $8000) and gave the other half of that to his sibling ($2000 of $4000), which left him with ($2000), and he finally spent $850 on survival items for his family. My brother now has $1,150 to his name. Nothing else. The Taliban took it all and all bank accounts were frozen when the instability struck. He asked me, "Is that enough? I don't know how expensive America is..." $1,150 to raise a family of six. Yet, he was positive, he would do anything for work. He asked me to help him look for job two days after being rescued and how he can work to sustain his family and contribute in America. This is the plight and resiliency of the Afghan Refugee.

Lastly, to explain why I am so passionate about this cause. I have not only fought next to and bled with these brave men, my mother was also a refugee from the Vietnam War. To say I have a stake in this fight would be an understatement. At 22 years old, she fled for her life, floated at sea in the Pacific Ocean for weeks, and survived on a refugee island for a year. If it were not for the good graces of kind and faithful Americans, the Phamily would not exist. I am blessed to have this lineage and to be given the opportunity to return the compassion and empathy. These Afghans are my Phamily.

If you would like to support, I will be collecting funds for my three families. Once complete, your donations will be divided in three and I will directly give them the money when they arrive and settle in their future homes. Phamily 1 is already in Houston, the others await visas in Qatar.

***And please pray for jobs. These guys are hard workers and already sending me their CVs... Three days out of the clutches of tyranny. They already want to contribute and support their families. That's more than most who refused to get off unemployment***

Love Y'all, Thank you, God Bless, and Semper Fidelis.

Family 1 - My personal interpreter, former soldier, in 2012 saved my Marines multiple times by getting us access to safehouses and intelligence. Family of four. Wife, and two children (Daughter:7, Son:5).

Family 3 - Afghan Military. Good friend, fought for 13 years against terrorist and in defense of Americans, now continues to help the medical efforts in his refugee camp by translating for families in need of care. Family of six. Wife and four children (Daughters: 11, 9, 6 Son: 4).

"As each has received a gift, use it to serve one another, as good stewards of God's varied grace..."

"No one leaves home unless home is the mouth of a shark."

“Everywhere immigrants have enriched and strengthened the fabric of American life.”

"We lead the world because, unique among nations, we draw our people -- our strength -- from every country and every corner of the world. And by doing so we continuously renew and enrich our nation. ... This quality is vital to our future as a nation."

"Truly I tell you, whatever you did for one of the least of these brothers and sisters of mine, you did for me."