By Blood At The Root: An Online Staged Reading 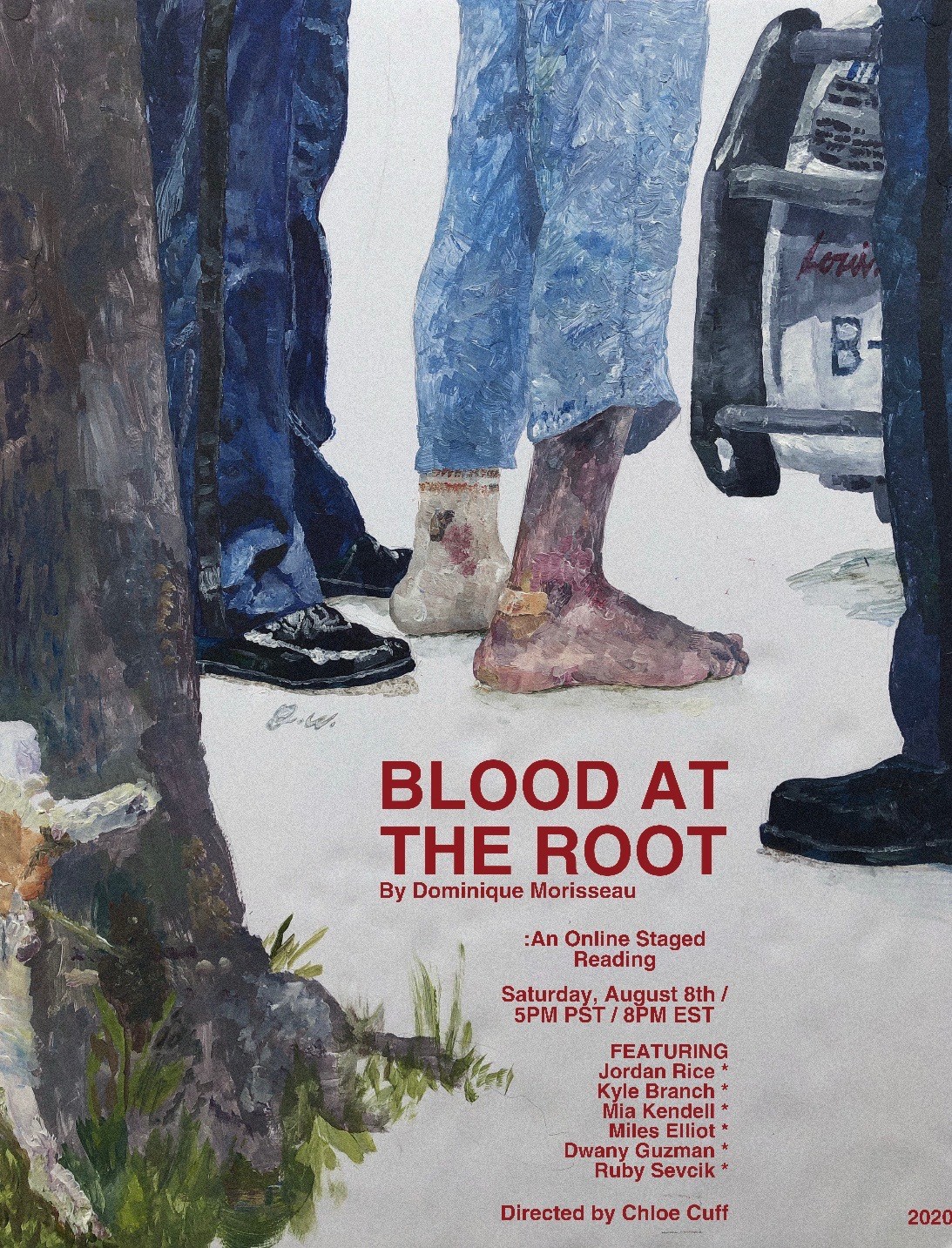 High School and College theatre students from Michigan, California, New York, Florida and Atlanta have come together during these times when theatre has become remote to put up an online staged reading of Blood at the Root by Dominique Morisseau.

Blood at the Root  is based off the "Jena Six" of Jena, Louisiana in 2006. The "Jena Six" were six black young men who were convicted of beating Justin Barker, a white student at the local Jena High School, which they also attended. The six young men, known as, Mycah Bell (17), Carwin Jones (18), Bryant Purvis (17), Jesse Ray Beard (14) and Theo Shaw (17) were all arrested in the assault of Barker. Mycah Bell was initially convicted as an adult for aggravated battery and conspiracy to commit aggravated battery, with attempted second-degree murder as a possible charge. Bell was found guilty on the two charges by an all white jury and was to be tried as an adult with a scheduled sentencing on September 20th, 2007. This sparked an influx of protests by the community who claimed the arrests and subsequent charges as excessive and racially discriminatory. The protesters asserted that white Jena youths involved in similar incidents were treated more leniently. The protests began to rise and eventually reached national news, and on September 20th (the same day as Bell's scheduled sentencing) 20,000 protesters marched in Jena in what was described as the "largest civil rights demonstration in years." There were also several protests held in the U.S on the same day. Due to the national response of Bell's conviction, he was no longer tried as an adult and his bail lowered from 90,000 to 45,000 and he was able to make bail. Bell was sentenced to 18 months in a juvenile facility on two counts of simple battery.

This story of the "Jena Six"  did not start with the assault on Barker. It began when three black students sat under a tree at Jena High School that was commonly known as a spot where only white students sat, coining the name the "white tree" or "prep tree". The following day three nooses were found hanging from that tree. The school held an investigation and found three white students responsible for the action, in which they received two weeks of in school suspension, Saturday detentions, and attendance of Discipline Court. The school released a statement claiming,  "the three young teens had no knowledge that nooses symbolize the terrible legacy of the lynching of countless blacks in American history," with the school superintendent stating, "Adolescents play pranks. I don't think it was a threat against anybody." The three white students were never disclosed to the public.

While this incident occurred in 2007, the exact same kinds of things have been happening before then and are happening now in 2020. Hate crimes, mass incarceration and systemic racism within the criminal justice system are things we are all too familiar with today. So upon viewing our play reading, we urge you to donate to our campaign that will raise money for three incredible, black-led organizations. With your help, the total campaign will be donated equally amongst the following organizations:

Click on each organization to read more about them and please donate what you can! Thank you for tuning into Blood at the Root: An Online Staged Reading.