Benefitting Brawl for a Cause 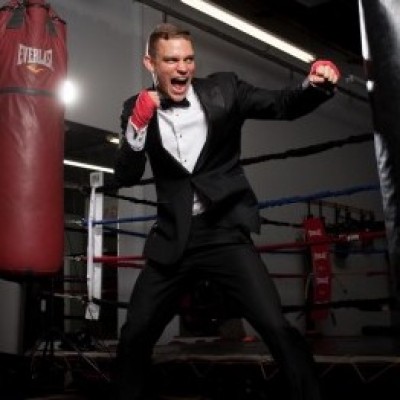 On July 26-29th in Kolkata, India, the Chess-Boxing Amateur World Championship will feature 13 countries duking it out to see who is the best combination of brain and brawn. I have signed up to be the first American to compete in such a tournament, and to tell the truth, I’m scared out of my mind and excited beyond belief.

You may be thinking, like I was, that there can’t be that many people in the world who are good at both the board game, chess and the combat sport, boxing. For such an obscure sport, chess-boxing has resonated with the select few on earth through who were made for this combination of skills. This tournament attracts the blackbelt-rocket-scientist type, of which I am not. If you want to learn more about Chess-Boxing, here is a video explanation.

In fact, out of the 13 countries competing, every other country’s representative has multiple chess-boxing bouts already (except for one, the U-S-of-A). So, why did I decide to chess-box?

I’ve been asking myself the same thing. It seems crazy, and it is, but I’m determined to see this journey through to its destination.

While I’m definitely an underdog with just one USA Boxing sanctioned fight under my belt and a little bit of chess instruction when I was a young kid, I may be in a good position to surprise some other competitors. I am prioritizing preparation for this tournament as my primary focus over the next eight weeks, and a dream team of coaches, trainers and mentors have formed around me to help give me the best shot for success.

So, with rockstars willing to help, I need to absolutely dedicate myself to following their game-plans, heeding their advice, and trusting their expertise. I will push myself as far as I can go in order to fully prepare for my one shot at representing my country the chess-boxing world championship.

Even though I want to do my best in the tournament, winning the world championship is not my “why” for competing. Like our Brawlers, my “why” is the charity I’ve chosen to fight for, Brawl for a Cause. We train, equip and inspire everyday people to literally fight for what they believe in most. Accountants, police officers, CEOs and celebrities fight and fundraise for a cause close to their hearts in our charity-boxing events. Hundreds have brawled for their causes through our program, but as founder of the organization, I still have not.

Training, traveling and competing in this event is not cheap. Many of our world-class trainers have graciously donated some of their time to help, and other brands have signed on to support our campaign with equipment and supplies, but we still need financial support to make this campaign work. Our goal is $10,000, and anything over the final cost of the trip will be donated directly into the non-profit to benefit other people fighting for what they believe in most.

All that said, and from the bottom of my heart:

Please consider contributing to this campaign. Any support, even a few dollars, is monumental to me. The fact that you took the time to read this, give what you can, and support this journey are things I’ll be forever grateful for - a sincere thank you from me, the Brawl Team and everyone in Brawl Nation. You are helping take this organization, chess-boxing, and my life to the next level. Brawl on!