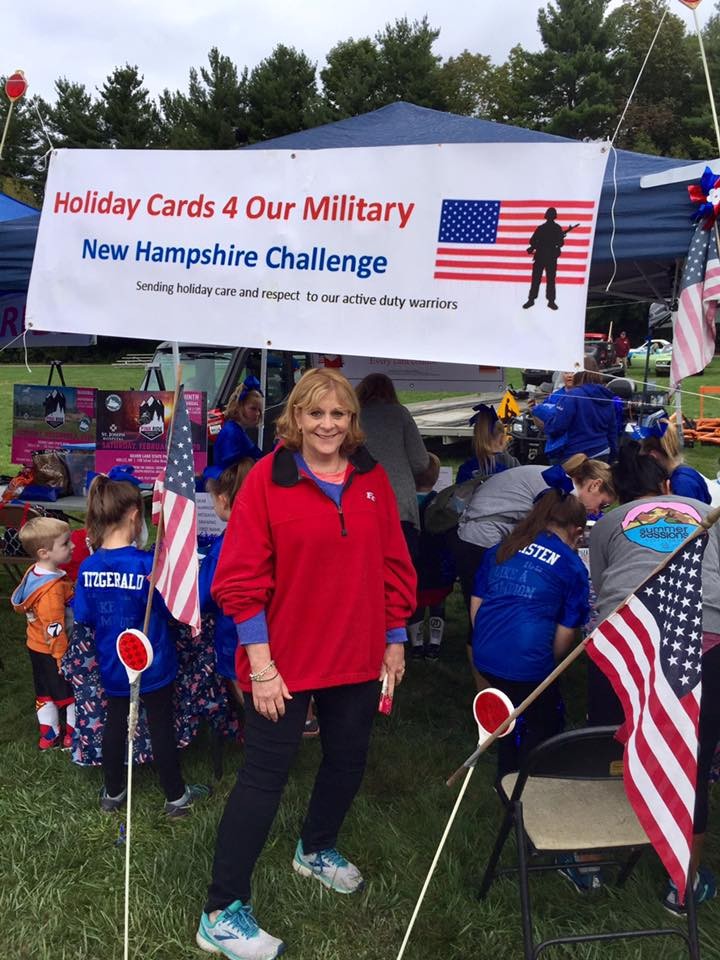 Sixteen years ago, my Family started a Thanksgiving tradition of signing holiday cards for our Troops. In 2017, a family friend was deployed and I decided to send all of our cards to the USS Theodore Roosevelt, the aircraft carrier on which he was stationed. When I learned that there were over 5,000 aboard, the Holiday Card Challenge was created and I reached out to my New Hampshire Community to join in! In six weeks, 17,000 cards were on my front porch and they were shipped off to our Warriors. A WW2 Veteran asked me to send cards to all five Branches in 2018 and a promise is a promise, especially to one of our National Heroes! IN 2018, I formed the nonprofit, Holiday Cards 4 Our Military Challenge to both spread the word of the Challenge and to allow for and to assist with fundraising. 50,000 Holiday Cards were shipped out to the Navy, Army, Coast Guard, Marines, and Air Force. A Vietnam Veteran told me that he still has his card that he received from a child 52 years ago! He had tucked that card in his pocket when serving, promising himself that if he made it home that he would frame it  for his wall. Today, that card is proudly displayed in his home, reminding him of the kindness of strangers. In 2019, over 175,000 cards were signed and sent to our Servicemen/women. The cards came from across our Nation, thousands coming from students. Departments of Education from 45 States challenged their Schools to join in! The Challenge was featured as an America Strong segment on ABC World News with David Muir as well as on CBS This Morning, CNN New Day, NBC Access Daily, Veterans Television Network, The Weather Channel, WMUR ABC , CBS Boston, WZID New Hampshire, KDKA Pittsburgh  as well as countless TV and Radio Stations across the Country. Almost all of the 2020 Presidential Candidates have signed Holiday Cards as they visited New Hampshire for the FIrst-In-The- Nation Primary Season. From Toddlers to Governors to our US Congress, cards have been signed with holiday cheer. The Holiday Card Challenge has been read in to our US Congressional Record, sharing the story of our Nation's generous hearts for generations to come. Please join in and support the Holiday Card Challenge by signing cards and by donating toward the costs to keep it going for years to come. Givebutter offers an easy way to do just that and from my heart, I thank you! Check out my website: www.militaryholidaycardchallen... and my Facebook Page: Holiday Card Challenge.

Robin Rubin made a donation

I can't help but be inspired by the time and energy that you have given to this cause, Laura!

James Davis made a donation

B. Dawson Thornton & Family made a donation

Thank you for keeping us free this year and every year. Our family in Oklahoma appreciates your service and are praying for you and your service members.

Keith Lee made a donation

Sue Adams Henry made a donation

Keep up the great work

justine gibbs made a donation

Thank You and Merry Christmas.

Thank you so much for all you do! Peace, Protection, snd God’s Blessings, David Sarkus

Margaret made a donation

I was once an Airman who appreciated a card during Christmas.

Jacqueline Nikrandt made a donation

Ron Gaydos made a donation

Elizabeth Dibble made a donation

This cause is so important. I will continue to donate both time and money to it. 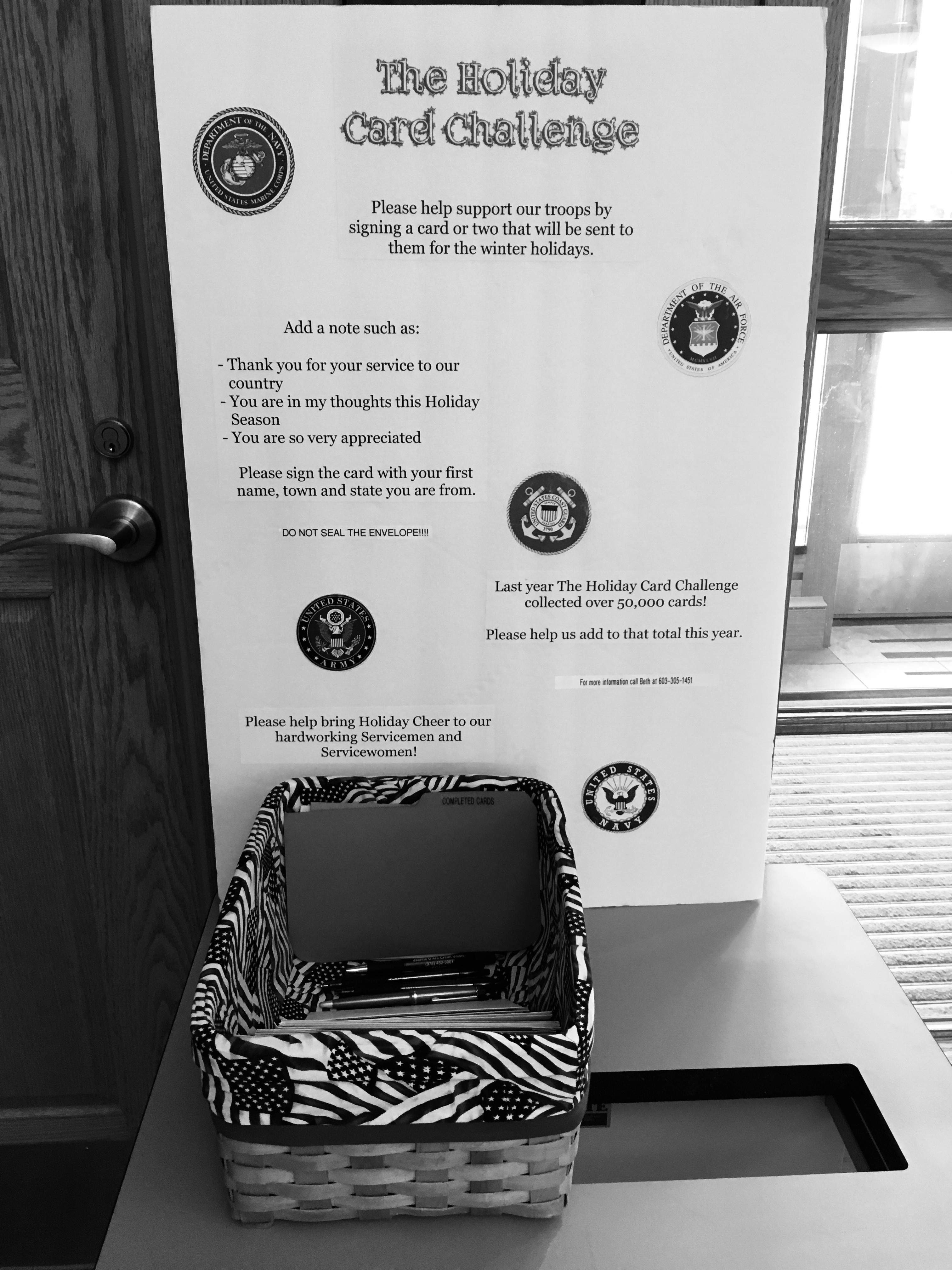