Help support their needs as baby Jace continues his journey to get better!

We at the Old Nick Williams Farm and Distillery and the Busted Barrel Cocktail Bar have come to know this sweet family over the years.  Many of you know about the amazing pimento cheese we sell here made by JoJo's Homestyle Foods.  The couple behind the operation is Joe and Patty East.  This is such a  hard working couple who are facing an uphill battle finding answers to why their new baby has been so sick.  We want to to help alleviate the financial burden they are facing with medical bills, travel expenses, and living expenses so they can put the focus on their children and not have to worry so much about how they are going to make end meet.

Joe and Patty were married in 2018.  They now have two beautiful children, Harper (18 months) and Jace (3 months).

Jace was 37 weeks old when he made his entrance to the world on January 1, 2020.  At 2 weeks old, he made his first trip to the ER because he had a high fever and a ton of mucus coming out of his eyes and nose. They said it was just a cold and sent him home. 3 weeks later, Jace returned to the doctor because every time he would feed he would throw it all up. He would arch his back, scrunch up his legs. It got to the point that Patty would feed him wearing the same stained shirt and sit in the same chair because it was just easier to clean up both of them.  He has always been in the 3rd percentile, small but in his own way. At about 7 weeks old, he stopped having bowel movements. He would only have one if you gave him a suppository. He under went so many tests: CT, x-rays, Barium swallow. Barium enema, spinal tap, and many blood work ups... nothing was explaining what was going on. Wednesday, April 1st, Jace had a biopsy because he was suspected to have Hirschsprungs Disease. Unfortunately, the biopsy did not go as planned. The following morning at 2 am, he started having saturated bloody diapers. They continued until Patty and Joe got to the children’s ER that afternoon around 2pm. Jace was admitted.  Friday, April 3, was a good day for Jace.  He drank his Pedialyte, he smiled and giggled. Saturday after lunch things took a turn. He lost 135 cc’s of blood in less the 15 minutes. His hemoglobin levels cut in half. Jace was sent to the Pediatric ICU. When they tested his hemoglobin again the next morning, it had dropped some more. He ended up getting a blood transfusion and headed into emergency surgery. After the surgery, Patty and Joe were informed that the surgeons and the GI doctor could not find where the bleeding was coming from. They kept Jace under observation. Jace will no longer eat on his own and has been placed on a feeding tube. After the first week on the feeding tube, his weight improved. He is still struggling with  vomiting and irritation in his esophagus. Patty and Joe are staying in touch with the GI specialist at Boston Children’s Hospital until they can get the opportunity to take Jace there.

As you can imagine, the financial burden this has placed on this family is unprecedented, especially being small business owners during this pandemic.  We are asking for you to join us in prayers, love, and support for Joe, Patty, Harper, and Jace.  Any donations are greatly appreciated!

To order any of their other amazing pimento cheese flavors (Italian, Mexican, Jalapeno, or Original), please visit https://jojoshomestyle.com/sho...

*you can request to pick up your entire order here at the distillery! 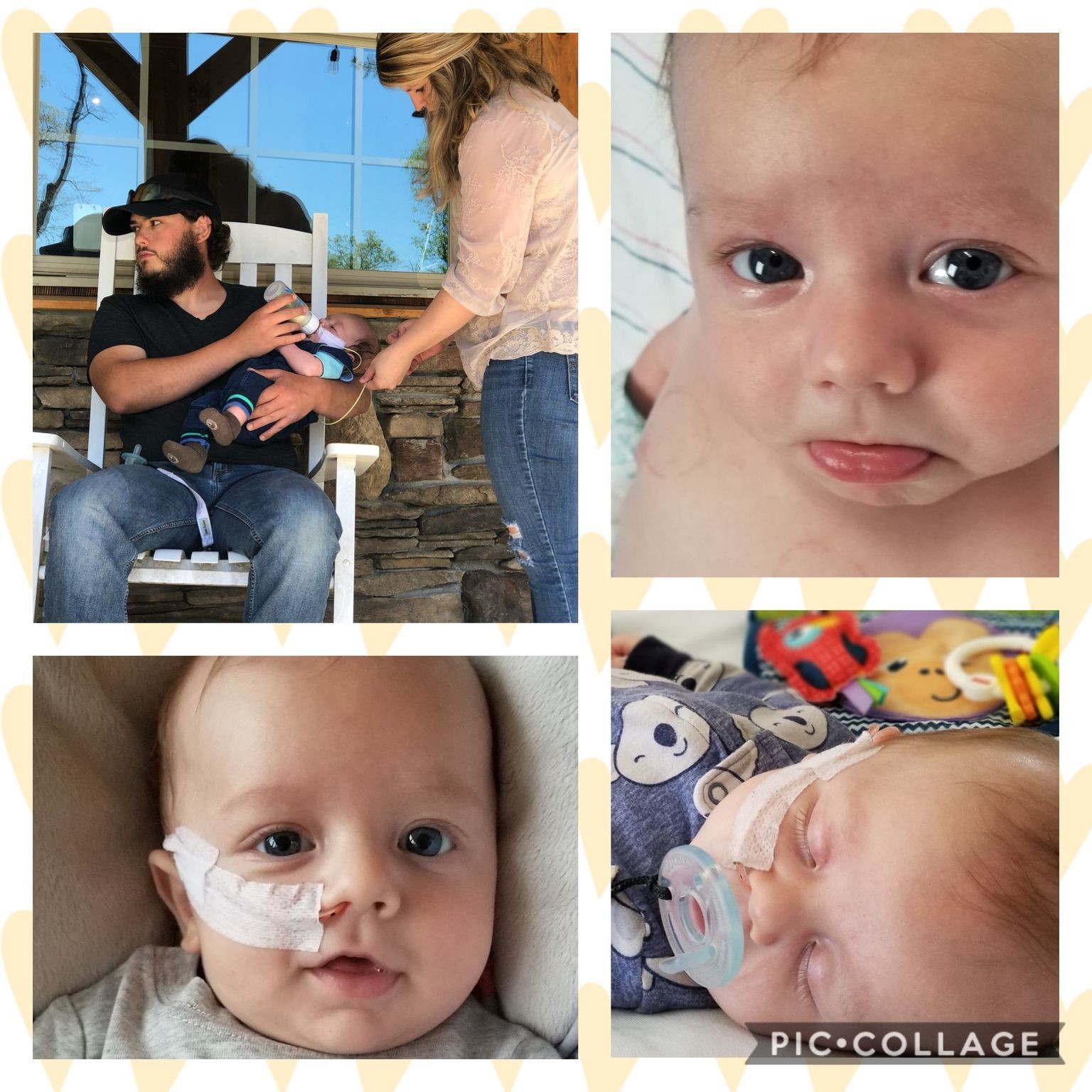 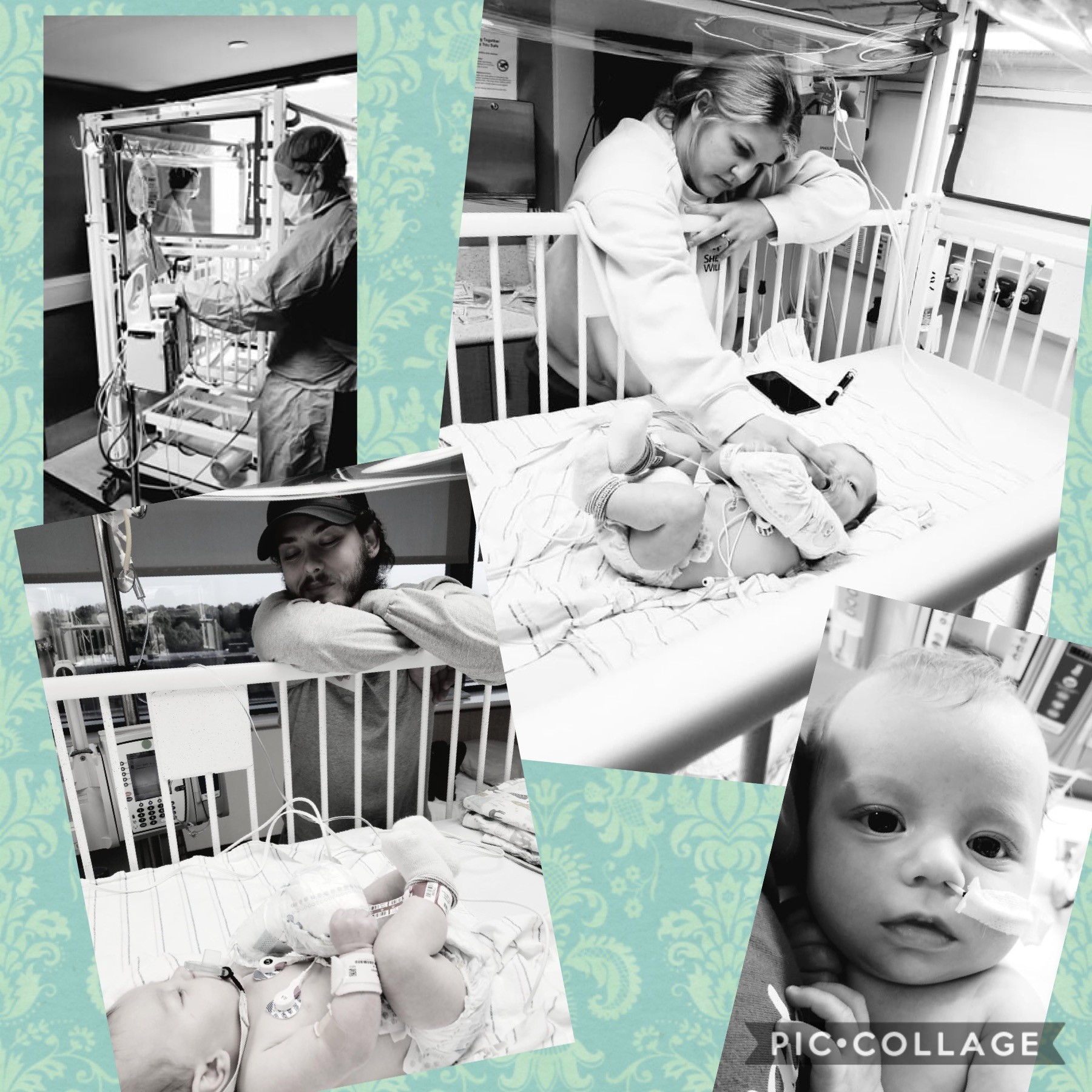 Hal & Randie made a donation

Thunderbird fan made a donation

Kelly Fam made a donation

Prayed for healing and peace. One mom to another. PS Love your pimento cheese and love JVC.

Melissa Griffin made a donation

Love y’all! We are still praying!!

Jeff made a donation

Get better little guy we’re praying for you

Richard Shaffner made a donation

Tricia Juarez made a donation

Shaun Funk made a donation

Will Harper made a donation