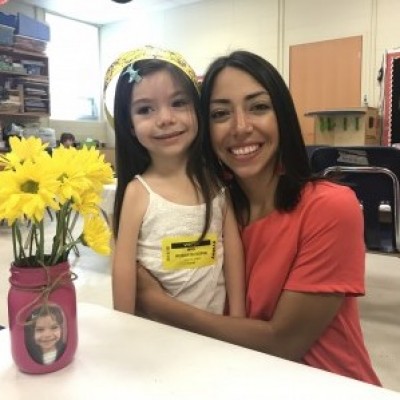 Sunday's are for Sweatin' and Poppin' Bottles... or at least this Sunday is!
Join us at Vesta Movement to SWEAT and push to fundraise $5K, funding Sofia's double leg surgeries!

(All levels welcomed, modifications will be demonstrated.)

100% of donations will go towards Sofia's double leg surgeries and associated costs.

Other event info:
T-Shirts with a design made by Sofia and Raffles will be sold at event! (More info to come!)
What to bring?:
- Yo Self
- Yo friends
- Boxing Gloves and wraps (If you have them!)
- Water will be available but feel free to bring your own bottle.
- Towel (Because we will be sweatin')

Add to Calendar 2019-07-21 13:30:00 America/New_York Let's Get Fizzical- $5K Sweat for Champagne Sunday's are for Sweatin' and Poppin' Bottles... or at least this Sunday is!<br> Join us at Vesta Movement to SWEAT and push to fundraise $5K, funding Sofia's double leg surgeries!<br> <br> Vesta Movement is "a kickboxing gym in Atlanta offering high intensity kickboxing and strength classes where you can burn up to 1000 calories in a fast-paced, 55 minute session." Their kickboxing and strength instructors "set the tone for high energy, ass kicking, and constantly changing workouts that chal... Vesta Movement<br>1000 Northside Dr NW Suite 1600, Atlanta, GA 30318, USA

WE DID IT! No No, YOU did it! Because of all of your generous donations, we were able to raise $7,200 in the Brawl For A Cause campaign and fight. I can't even begin to explain how much we APPRECIATE every single penny that was donated to Sofia. Surgery time in August is coming up quickly. Sofia is working so hard on getting stronger to prepare her body for this TRULY life changing surgery. She has started Horse Therapy to strengthen her leg and core muscles. She is continuing strict physical therapy weekly. This week we start rock climbing! Everything is lining up and Sofia is so determined to keep her eyes on the prize and that is- WALKING WITHOUT BRACES! So we thank you all for getting us to where we are.

We still have a bit to go before we meet our goal and with your help, we can raise $5,000 to cover part of the remaining costs of Sofia’s double leg surgeries, physical therapy, continual CranioSacral Therapy, travel costs, lodging, and a percentage towards The Paley Institute and The Upledger Clinic- AMC research and funds.

It has been a little over 5 years since the baby that I was supposed to be having in a few months was given an unofficial diagnosis with an extremely rare condition that I had never heard of. Arthrogryposis Multiplex Congenita. I was 19 years old when I found out I was pregnant. Once we had finally settled with the fact that we were going to embark on this huge new journey as parents, we found out that this babe growing inside of me was having major issues, sending me to visit a high risk obstetrician.

Over the span of a few weeks, we went through a roller coaster of emotions while figuring out what was going on with our baby. Many ultrasounds, exams, and procedures later, we found out we were having a girl and given that her arms and legs had been in a fixed position in all her ultrasounds there was a possibility she had a condition called Arthrogryposis. We had never heard of the term, much less understood why it was that this OB was pushing us to have an abortion. After countless days of research, tears, prayers, frustration, and questioning, I decided this baby is going to be brought to this earth and I will do anything and everything to give my girl a happy life filled with love, she WILL change the world.

March 14, 2014 Sofia Rain Roberts was born. Seeing that sweet face during the c-section was more than enough of a promise from God that everything was going to be okay. Since day one it has been a tough road. Besides being young parents, we were now taking on a long hard journey of parenting a child with a rare condition.

For those who don’t know about Arthrogryposis, it is in the most basic explanation- a weakness in muscles and tightness in joints. The non-genetic form she has affects 1 in 10,000 babies worldwide. Not the rarest condition, but rare enough for there to be very limited resources to get knowledge and help from, especially at that time. Any of your joints in your body can be affected.

In Sofia’s case, her arms and legs were affected by this condition- giving her hip dysplasia, clubbed feet, and weak muscles and contractures in her extremity joints. Doctors still do not know what causes this condition but from day one I knew that I was going to do everything in my power to help my baby girl succeed in this world.

Sofia was such a tough little one and by the time she turned 9 months old- she had time in the NICU, countless hours of painful therapy, countless exams and procedures done, months of cereal casts on her legs, one big surgery for her hip dysplasia and clubbed feet putting her in a cast from chest to toes for 9 weeks, millions of tears shed, and thousands of screams in pain under her belt... yet we still were able to enjoy the giggles and sassiness from our sweet Sofia. December of 2014, we went to visit a doctor who we were hoping would work with her on her upper extremities. This doctor visit was a landmark in our journey where I realized that I was Sofia’s biggest advocate and that meant I would speak up against doctors who had a negative idea on what Sofia’s future would look like... This doctor told us the 9 month old baby he was looking at would never lead an independent life and that we should prepare ourselves for that. Little did I know, this is something we would hear 1000 times more, again and again. Little did I know, alongside the negativity, my daughter would still surpass EVERY. SINGLE. goal that we set for her. Faster than we could ever imagine.

In March of this year, Sofia turned the big FIVE. In these 5 years, she has seen more doctors than many adults have in their lifetime. She has been to physical and occupational therapy every single week and since she has started school Fall of 2017, 5 days a week. She has attended countless hours of CranioSacral therapy in Florida, an alternative therapy which has given her the most immediate and prolonged feedback than any therapy thus far. She has had more surgeries and procedures. X-rays. Full leg casts. Extremely DIFFICULT obstacles. She has seen more doctors with little hope. Doctors who have told me that I should stop trying while we were ahead. I have literally sat in front of a doctor telling me that I am doing more harm than good putting her through these surgeries and therapies, because she will never walk independently.

One week after that conversation, (at three years old) Thanksgiving week 2017, Sofia found her balance and took her first steps independently without a huge device holding her, wearing only her KAFO braces to support her knees. We do not tell this girl she can't do anything because she WILL find a way to do it. This girl is tough and brave. She is strong. Most of all she is happy. She is silly. She has found so much positive in her life through all of these hardships. She has a HUGE heart and she is always ready to share it with the world.

We have seen doctors with hope, a lot of hope. But we have only met ONE doctor who has more than hope, but promises. Throughout these years we have met many families who are on the same journey as we are. A couple families who have truly helped in ways immeasurable in value. One in particular, who introduced us to this doctor in Florida. After months of research, raising money, and saving money, we finally were able to meet him in March of 2018. For the first time in 5 years we did not just hear hope and possibilities. Dr. Feldman at The Paley Institute in Florida gave us promises and ANSWERS. This doctor has sustainable solutions that WILL lead her into independence for her future, rather than just immediate solutions that may or may not work for her as she grows. For the first time, we were told that there is no doubt Sofia would be independent.

Sofia will be having double leg surgeries with Dr. Feldman on August 21 and September 10, 2019. This surgery will allow Sofia to walk without braces but will also allow her to keep the bend in her legs. This surgery will allow her to lead an independent life through all the changes her body will go through in years to come, as a woman. My worries that I have had since before she was born have been lifted just by listening to Dr. Feldman's confidence in Sofia's success.

This whole process will be far from easy. Dr. Feldman is going to be rewiring the vascular system in her legs, one leg at a time in a two month period. Sofia and I will be relocating to Florida in order to stay local for the two operations along with weeks of physical and CranioSacral therapy, before and after operations. Dr. Feldman has performed over 30 of these surgeries and is not just hopeful but very confident in the success of these surgeries with Sofia, something we have not heard from any other doctor in the past.

The surgery, therapies, and travel would cost us more than half a million dollars but with insurance, we are able to bring those costs down. We are hoping to raise $30,000 to fund surgical, therapy, and travel costs, as well as, continual CranioSacral Therapy for continued reinforcement during her healing journey. 15% of all donations will also be going to The Paley Instititue and The Upledger Clinic, where you find the doctor and therapist who have changed the game for Sofia. We want to help with any further research towards AMC, impacting future amcers and the treatment they will be given nationwide, worldwide!

In April of 2018, I, myself, landed in the hospital and was in all honesty on my deathbed. After six days of being in the ICU, a lot of medication, and a month of recovery and meditation, I decided to step out of my comfort zone and do something that would truly impact Sofia’s healing journey. That decision was to fight at Brawl For a Cause 2019 in order to raise the funds for her surgeries.

I would take a million punches for my daughter over and over again if it meant I could take at least one obstacle away from her. So, that is exactly what I did April 6, 2019. I did not win my fight but I did not walk out of that ring losing by any means. Together, we were able to raise 25% of our goal through Brawl For A Cause and THAT is what this is all about.

You all are so amazing and once again, I cannot thank YOU ALL enough for supporting us throughout this journey!

Please support us in the continuation of pushing to reach our $30K goal so that we can get Sofia walking completely independently and BRACE-FREE!

Max Meinhardt made a donation

We are so happy we could throw this amazing event!!! We love you!!

So much love for you and Sophia!!

Sorry I can't make it today. So happy to being one step closer to giving Sofia a better life!