By The Leukemia & Lymphoma Society 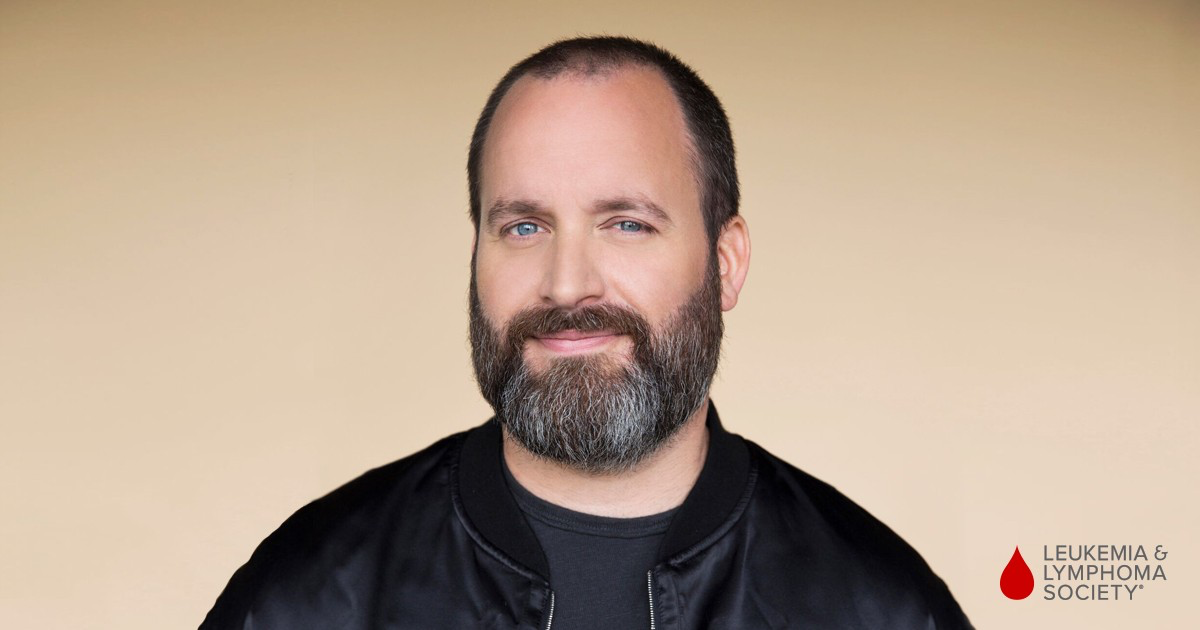 Please join actor, comedian, writer Tom Segura for an evening of laughs - LIVE from the comfort of your home!

Upon purchase, you'll receive a Zoom link for the show which will be broadcast live on Friday, June 12 at 9pm ET/6pm PT.

You'll be able to interact with Tom during the show via chat.

All proceeds from this event will benefit The Leukemia & Lymphoma Society, a global leader in the fight against cancer.  In these times of uncertainty, blood cancer patients and their families need our help more than ever. Donations to LLS will provide critical support for patients, and fund cutting edge research to find cancer cures.

This program is intended to be viewed by adults and therefore may be unsuitable for children. This program may contain one or more of the following: suggestive dialogue, coarse language.

Actor/Comedian/Writer Tom Segura is one of the biggest names in the comedy business. He recently performed to sold-out audiences on his TAKE IT DOWN tour, spanning 11 countries with 183 shows and over 335,000 tickets sold. His 4th Netflix special, Ball Hog, was released in March 2020 in addition to Disgraceful (2018), Mostly Stories (2016), and Completely Normal (2014). Paste Magazine described him as, “...having a natural and capable storytelling ability, one that lifts his narratives out of average anecdote fare and plants them firmly in hilarious ground.” Additionally, his hit Podcast Your Mom’s House which he co-hosts with his wife, comedian Christina Pazsitzky, has rapidly grown to one of the biggest comedy podcasts today.

Tom can also be seen in the STX film COUNTDOWN opposite Elizabeth Lail. He also broke through with a big role in the Paramount Pictures feature film INSTANT FAMILY opposite Mark Wahlberg and Rose Byrne. Segura’s television credits include The Late Show with Stephen Colbert, Conan, Workaholics, Happy Endings, The Late Late Show, Comedy Central Presents: Tom Segura, Mash Up,and How To Be A Grown Up.

Segura has an increasing social media following (@seguratom on IG) and also regularly appears on radio shows like the Bennington Show and some of the most downloaded podcasts in the world of comedy such as The Joe Rogan Experience and WTF With Marc Maron among others. His fourth hour-long stand up album Mostly Stories sat atop the iTunes and Billboard Comedy charts for consecutive weeks and his first two albums Thrilled and White Girls with Cornrows debuted at number 1 and continue to play heavily on satellite radio and streaming music platforms. When he isn’t performing on stage or recording a podcast he’s watching College Football or waiting for College Football to come back.

Segura is originally from Cincinnati, Ohio and currently lives in Los Angeles.

About The Leukemia & Lymphoma Society

The Leukemia & Lymphoma Society® (LLS) is a global leader in the fight against cancer. The LLS mission: Cure leukemia, lymphoma and multiple myeloma and improve the quality of life for patients and their families. LLS funds lifesaving blood cancer research around the world, provides free information and support services and is the voice for all blood cancer patients seeking access to quality, affordable, coordinated care.

Founded in 1949 and headquartered in Rye Brook, N.Y., LLS has chapters throughout the United States and Canada. To learn more, visit www.LLS.org. Patients should contact the Information Resource Center at (800) 955-4572, Monday through Friday, 9 a.m. to 9 p.m. ET.

Beating Cancer Is In Our Blood