Help Us Help Our Animals And Save Our Home 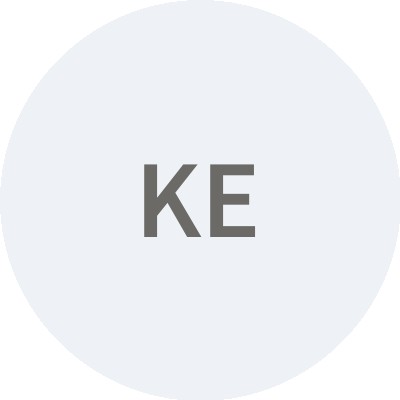 My name is Lisa McDonald and I’m the founder and director of Kindness Empire, a non-profit that advocates for all living beings, human and non, and Sweet Bear Rescue Farm, a permanent refuge for animals that have been rescued from abuse, torture, and neglect situations.

Here at Sweet Bear, we are currently hovering around fifty permanent members of the squad, including dogs, cats, pigs, chickens, goats, and turkeys. This work is extremely rewarding but can also be incredibly heartbreaking. Since May of thisyear, I’ve had to say goodbye to some of the original members of this family, my Cat Mittens and soon my beautiful dogs Trixie and Harry (we just lost our TT days after the tree came down, and lost our sweet Layla in August).

Animal rescue and animal care — coupled with the message of animal rights — can be exhausting work, yet it is rarely rewarded. There tends to be a culture in this movement that taking breaks or caring for yourself is unnecessary, and in my personal opinion, I find that quite unhealthy. As a former business consultant, it’s not much different than the corporate culture of working long hours and not taking healthy breaks or vacations. I think it’s extremely important to not only us as caregivers, but also to the animals under our loving care that we are mentally, emotionally, and physically happy. This creates an overall healthier environment and that completely changes the energy on the farm. Animals are quite intuitive and can pick up on our emotions very easily, and creating an environment that is positive, calm, and nurturing helps build trust and safety in those beings that have been too often suffered immeasurably before calling a sanctuary home. I can’t think of another profession that deals with so much trauma and yet is discouraged from practicing self-care or even taking a break from the life of animal care.

Recently, we have suffered three major financial disasters and we could use all the help the local and animal-loving community can offer.

1) In late May I picked up a parasite from my chickens that poisoned me, and I nearly died. After some time in the hospital I needed constant care for a week, then moderate care for another month. I couldn't work or feed the animals, and couldn't pay my own bills. That set me back personally about $4,000 and then incurred another $6,000 in medical bills.

2) I adopted a pregnant cat who had a plethora of issues. She had a highly complicated labor and delivered three babies over a period of 12 days. The firstborn died within 24 hours. After the delivered the second two 12 days later, and 12 hours apart, her uterus became infected and her fever shot to 109. She needed emergency surgery to have her uterus removed and her two remaining kittens went into neonatal care. A second kitten died while in neonatal care. Chloe came home and eventually so did her one remaining kitten, Pumpkin. About a week later, Pumpkin became very sick and needed emergency care. A few days later Chloe had a seizure and again needed emergency care. The following day her remaining kitten, Pumpkin, died on the way to the emergency vet in the middle of the night.

3) During a particularly disastrous storm, a neighbors tree fell onto my property, destroying my camper, knocking down my trees, one of which went through my living room window, and one which is currently on the roof. The debris on the property is pure carnage. Ironically, I had called Duke Power a week earlier and asked them to look at the trees on my neighbor's property (which is vacant), because we were sure they would come down if a big enough storm hit, and if they did they would not only take down power lines, but land on my property and cause severe damage, and that's exactly what happened. We are filing an insurance claim but we do not know if the camper will be covered. The camper is worth about $6,000 and my deductible is $2,500.The debris removal is an additional $2,500 so $2,000 out of my own pocket as insurance will only cover up to $500 for debris removal.

Waiting on quote for window repair

Total personal cost to have damage fixed and debris removed after deductible: $4,500

As you can see, our total debt is currently right around $29,500 which does not include the average 6 k in monthly expenses. I'm also the sole caregiver on my farm (I had caregivers that quit and left 2 days after the tree came down.

The animals desperately need your help to stay in our home!