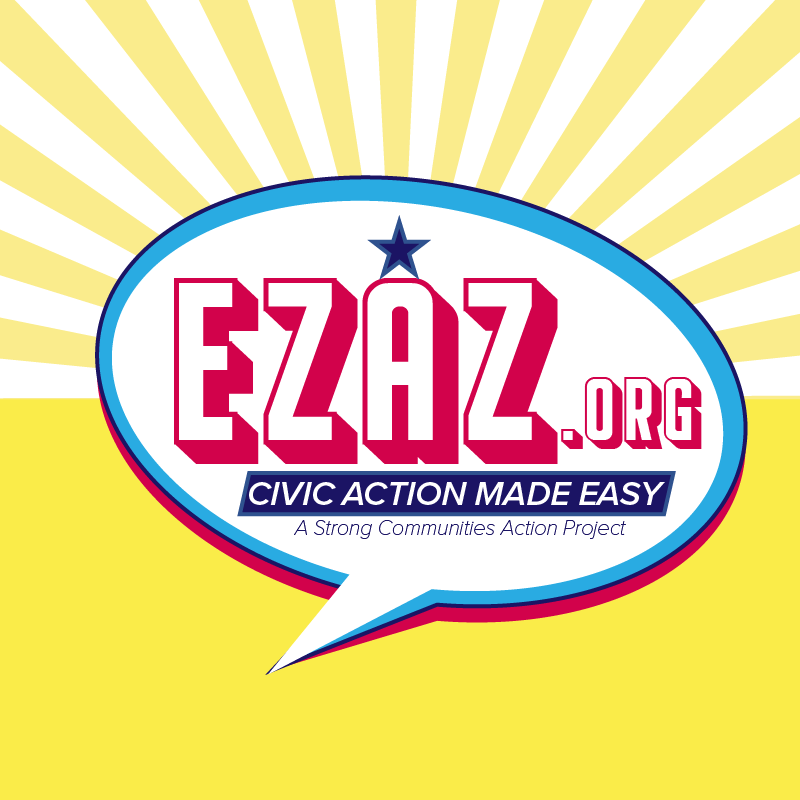 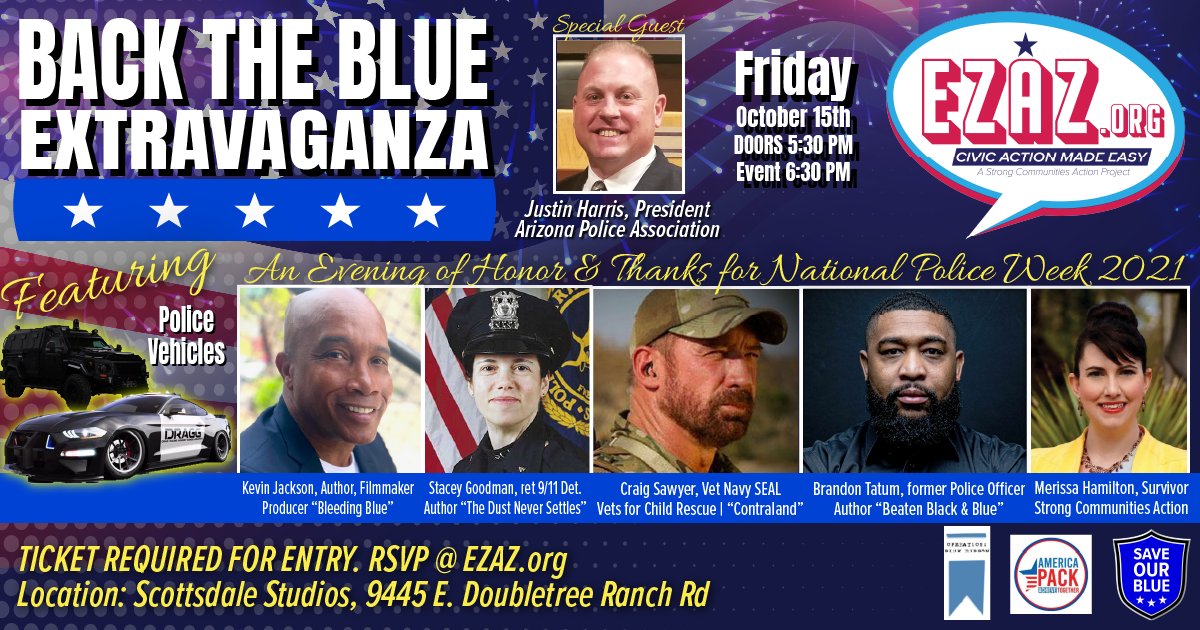 Active & Retired Police Officers, use Promo Code: ﻿OFFICER Doors open at 5:30 pm. Parking is available along the street of the facility. Limited parking available in parking lot. Dinner is catered from the Tamale Store Restaurant with additional sides, dessert, and beverages. Dinner will be served beginning at 6:00 pm for those that purchased dinner tickets.

Join EZAZ.org for our Police Week Back the Blue event - an evening of Honor & Thanks celebrating our men and women in Blue who keep us safe with musical guests, powerhouse speakers, and incredible organizations doing the work to save and change lives! Police vehicles will also be on display!

Dinner is catered from the Tamale Store Restaurant with additional sides, dessert, and beverages. Dinner will be served beginning at 6:00 pm for those that purchased dinner tickets.

Justin Harris, President of the Arizona Police Association. Justin Harris has lived a lifetime of service. His law enforcement career started in 1992 as a correctional officer with the Arizona Department of Corrections before moving to the Maricopa County Sheriff’s Office as a Detention Officer. He first became a police officer with the Prescott Valley Police Department in 1998. While there he was a founding member of the Prescott Valley Police Officers Association. He joined the Glendale Police Department in 2001. Justin has served his community with honor and has received numerous awards including the medal of lifesaving. Justin was elected President of Glendale Law Enforcement Association (GLEA) in 2008 and has served in that role ever since. Justin also serves as an elected member of the local PSPRS board and the City of Glendale Deferred Compensation board. In 2015 he was elected as the Arizona Police Association (APA) President. With his personal experience as a Corrections Officer, a Detention Officer, as well as a Peace Officer Justin is uniquely qualified to represent the interest of the Arizona Police Association.

Kevin Jackson is an author of 3 Amazon best-selling books, a former Fox News Contributor, and an award-winning filmmaker. He is the producer of Bleeding Blue--a film that told the truth about policing in America. The film premiered late that year and won the Chandler International Film Festival. Critics call the film a "masterpiece". Along with creating additional film projects, Kevin is CEO of Seeking Educational Excellence (SEE), a 501c3 dedicated to empowerment in education and a Fellow at the Robert J. Dole Institute of Politics. Kevin activities are consolidated at TheKevinJacksonNetwork.com. You can purchase a ticket to watch Bleeding Blue at Eventbrite.

Stacey Goodman went from actress to police officer to police detective and federal security officer in NY. Stacey caught bank robbers and even stopped terrorists. On September 11th, 2001, she was activated as a sworn federal officer reporting for duty at Ground Zero, serving for 23 days. Stacey is the author of "The Dust Never Settles." Read her bio at staceygoodmanbook.com.

Craig "Sawman" Sawyer is a Veteran Navy SEAL DEVGRU Sniper. He is the founder of Veterans for Child Rescue (V4CR), a non-profit that is comprised of military professionals, former/current law enforcement, civilians, and those who are willing to do whatever it takes to end child trafficking in America. Craig is now dedicating his life to raising awareness about the epidemic of child rape, trafficking, rescuing victims, and putting predators behind bars. Over the course of documenting three years of child rescues, Craig produced the movie Contraland to rally the massive cultural turnaround needed to stop this threat against children. Learn more at vets4childrescue.org and contralandmovie.com.

Brandon Tatum, a former Tucson Police Officer, became a SWAT operator, field training officer, general instructor, and a Public Information Officer, serving with the Tucson Police Department for six years. Founder of TatumReport.com, CEO of three companies, and co-founder of BLEXIT, he has become one of the most prolific speakers and exciting personalities on social media after making a Facebook Video that got over 70 million views. He has been featured on The Ingraham Angle, Fox Business, Fox & Friends, Headline News, Newsmax, One America News, as well podcasts for Diamond and Silk, Ben Shapiro, Salem Radio, and many large local radio markets, just to name a few. Brandon is the author of "Beaten Black and Blue: Being a Black Cop in an America Under Siege." Learn more at theofficertatum.com.

Strength Through Action Together