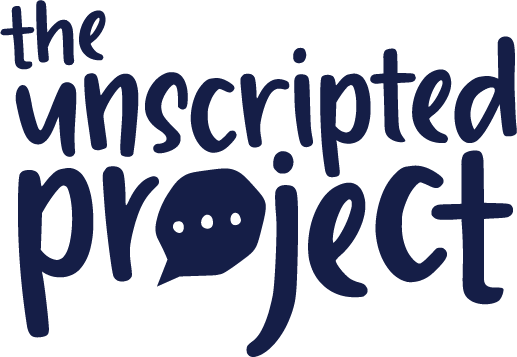 By The Unscripted Project 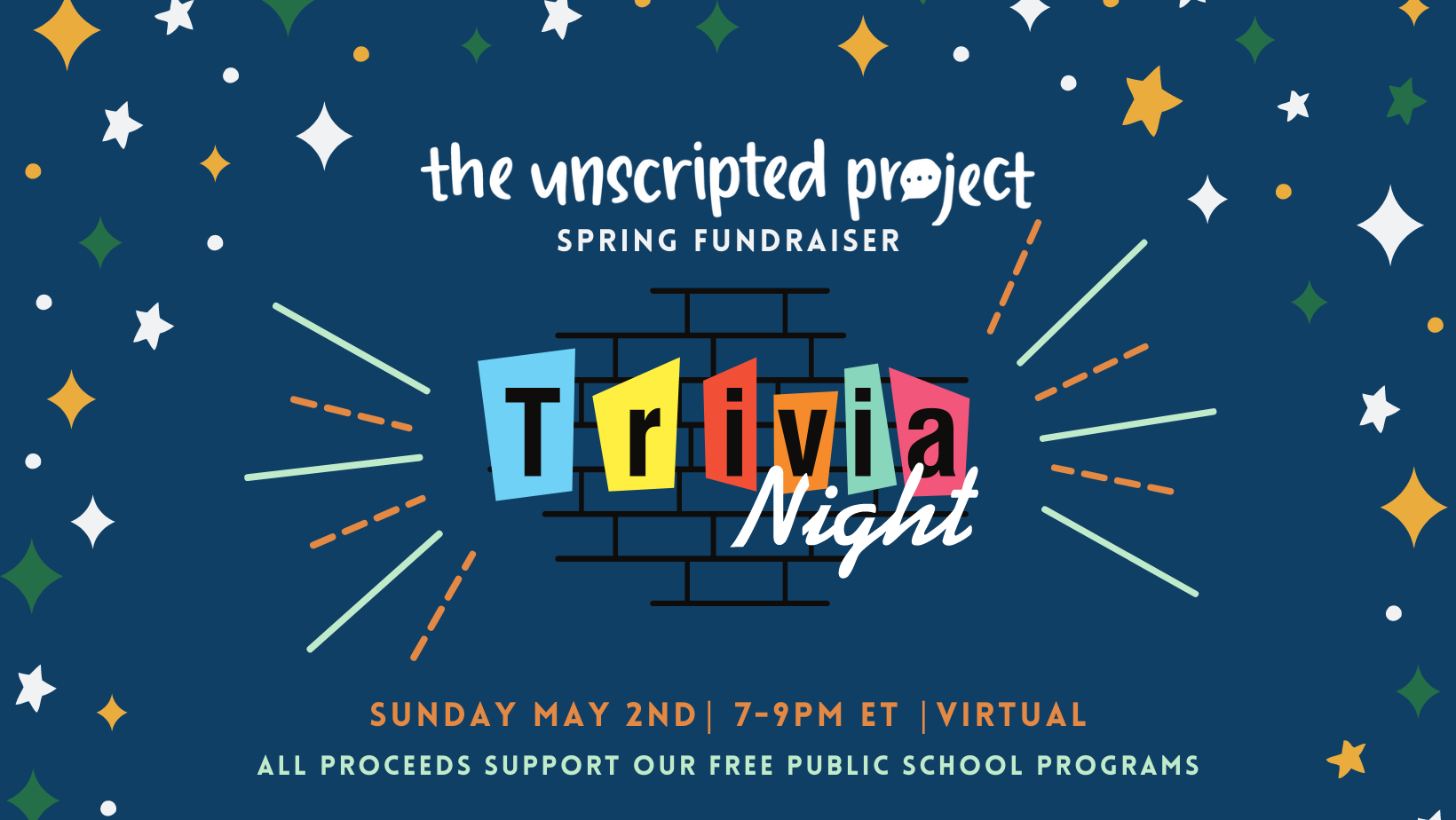 Organized by The Unscripted Project

Welcome to trivia night! First, you'll decide if you'll bring a team or come solo. You can still buy tickets individually if you're on a team, if you prefer. You'll let us know who is on their team when you / they purchase ticket(s). Then, we'll send a Zoom link your way!

Hi, it's Philip and Meera, the founders of Unscripted. We’re so excited to host The Unscripted Project's Virtual Trivia Night Fundraiser. Go solo or bring your friends along (teams up to 5) for a night of celebration, friendly competition, and laughter provided by local stand-ups. All proceeds support our programming for public schools in Philadelphia.

Join us on Sunday, May 2nd at 7pm EST for a night of friendly competition at The Unscripted Project's first-ever Trivia Night Fundraiser! Compete in 3 rounds of mind-stimulating trivia with lots of entertainment and prizes to be won! This will be an opportunity for us to share our successes, highlight our students and champions, and celebrate a successful first year of our non-profit. A donation of $15 or more will give you access to the event.

Tom Cassidy: Tom Cassidy is a comedian from Philadelphia, based in New York City. His debut stand-up album funnymatic reached #1 on the iTunes comedy chart in March 2020. Tom was the lead producer for the first season of Danny’s House which premiered on Vice TV in the summer of 2019. He has been featured on Adult Swim programming including Mostly for Millennials and was a writer for The F-Spot With Derrick Beckles, a special that premiered on Thanksgiving. https://tomcassidy.com/

Darryl Charles: Darryl Charles is an Unscripted teaching artist and comedian based mostly out of Philadelphia. His Debut Album "Black Gentrifier" debuted at #3 on the iTunes Comedy charts and is currently streaming on your favorite places to do that. He's been seen on The Travel Channels "Mysteries At The Museum" and the Comedy Central web series "Delco Proper", and some commercials. He does stand-up and has opened for a variety of performers like: Ted Alexandro, Justin Willman,Tommy Davidson, Dave Attell, Patrice O'Neal and Dick Gregory. He performs, teaches and coaches improv comedy and has been a member of ComedySportz Philadelphia since 2011. He is a sketch comedy writer and performer, doing most of that work with the sketch group The Layoff Kids. They have been featured performers on Funny or Die. He's also the co-host of DTF: The Darryl and Timaree Funhour, the greatest sex-ed/comedy/gameshow, and now podcast, in the known universe. http://www.darrylcharlescomedy...

Bloomers Comedy: The University of Pennsylvania's premiere sketch comedy troupe for gender identities underrepresented in comedy. The heart of Bloomers has long been its completely student-run productions. Currently, Bloomers shows are held in early November and late February. Our shows are composed of completely new material, written by each year’s group of Bloomers, and often have an overarching theme. Bloomers also performs bits throughout the year in floor shows at a number of on-campus “coffeehouses”, academic programs, and special campus events. The group has also performed over the years at benefits for organizations and non-profit groups in New York, Miami, and all over Philadelphia and has been invited to National Comedy Festivals. https://www.bloomerscomedy.org...

Also a shoutout to our awesome volunteer Christina Scordia for putting together this wonderful event!

If you can we would love you to corporate match your donation. If you can only match through by donating through your company, please email us your receipt to [email protected] and we can send you a ticket/link to the event

Many companies offer corporate matching for any contributions to 501(c)(3) organizations. Check your company intranet or benefits for details on the company matching process. Common providers are Benevity and YourCause. Here is some information you may require for company matching:

If you're having any issues, shoot us an email ([email protected]) and we'll walk you through it! Please do take the time to check as this the single most effective way to double (or more) your impact.

The Unscripted Project is a 501(c)(3) nonprofit organization based in Philadelphia, PA (www.unscriptedproject.org). Our mission is to equip students with the building blocks for personal and professional success (like speaking confidently, collaborating effectively, and growing from mistakes) through the power of an improv education. We do this by holding free in-school 9-week improv workshops for Philly middle and high school students, and by offering Act 48-accredited professional development workshops for Philly educators to incorporate improv into their classrooms.

Launched through the generous support of The University of Pennsylvania’s President's Engagement Prize, we are deeply committed to taking a methodical and interdisciplinary approach in building an innovative and impactful program for the students of Philadelphia.