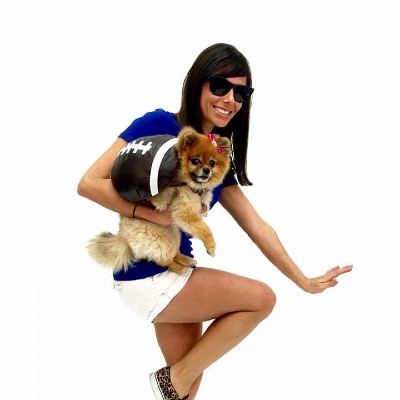 I am a 13 year participant of BvB Dallas, and I play for my grandmother.

Francis “The Nana” Merendino was a woman like no other. That’s why my sister and I called her “The Nana” because she was not just your typical Nana. She was hip; she was cool. She was THE best. She was an onion. She had many, many layers. On one hand, she was voted “Most Ladylike” by her high school Senior class, on the other scale of the spectrum, she would get caught teaching me how to curse in Italian at the tender age of 6. She was a shrewd businesswoman, but she was extremely generous when it came to family.

She was a fiery Italian woman from New Jersey. She knew what she wanted, and she knew how to get it. In March of 1982, she gained a weakness and a new best friend….me. She even convinced my mother to name me, Jessica. Naturally, she and I were instantly bonded.

She did spoiling, and that woman did it well. She would take me into the city for tea at the plaza; we would go to cabbage patch kid city and let me pick out whatever new premier doll that had been just born. Then, it was either lunch at the diner or ordering Pizzatown and having a picnic in her living room. Please note how much of a big deal this was to a woman who was obsessed with her vacuum lines, not disappearing., so having a five-year-old eating pizza on her carpet was a big deal. Midnight tea parties, countless hours of Jeopardy, and squeezing Pop Pops tomatoes from his garden were all on the top of the list of Shenanigans that went on at The Nanas house.

In 1991, our family received some terrible news: we would be leaving the garden state, and moving to Texas. My life was flashing before my nine-year-old eyes. No more summers at “Camp Nana”, no more singing Frank Sinatra or Ann-Margaret on our way to trips into the city. I had to stop this from happening, so what did I do? I got my hot pink who framed roger rabbit tote bag, packed my bunny Halloween costume, toothbrush, and a packet of gummy snacks, and proudly came downstairs. “I DON’T WANT TO MOVE TO TEXAS! I’m going to live with Nana.”

I don’t exactly remember what happened next but, a few months later I was hopping a plane with a one-way ticket to Houston, TX.

Luckily for my own sanity, I soon realized that The Nana was only a plane ride, or 9 digits on the telephone away. Friday nights were reserved for our long phone calls. We would watch movies together over the phone (Sleepless in Seattle was our favorite). She would give me words of encouragement during my dance team tryouts, provide me with life advice during my formative years, and always agree with me when a teacher, indeed, was the worst. From elementary school to high school, we taught each other many things. She taught me about Ingrid Bergman, I taught her about Britney Spears

She listened to me. She treated me like an adult. She told me the truth.

When I turned 16, and my parents wanted to get out of town, they would call in the reserves to make sure that the new “mobile” me wouldn’t get into any trouble. Nana would spend Spring Breaks and some Summers in Texas. I was the one doing the driving now. It was like nothing changed! Distance couldn’t tear our bond apart. We were the Thelema and Louise of 1998, with a jam-packed radio of top 40 hits, and nothing but time. The world was ours, well I was scared to drive on the highway at this time, so The Woodlands was ours, and we took it.

My friends just adored The Nana. When she would come visit, people would stop by the house in droves, all wanting to hear what the quick-witted, funny, HONEST, woman would say today. She would call my apartment in college, and my roommates would have 30-minute dish sessions on how classes were going, what was going on in our personal lives, even if I wasn’t home. She always captivated an audience. She always knew how to make someone feel good.

A couple of years later, she called like any other day, but something was different. The woman who had always been so with it, and so quick, was off. She asked me how classes were going and I was so confused, “Nana, I graduated a year ago. Remember?” “Oh, yeah!” I’m sorry, I must have forgotten.”

Later that year my mom asked my sister and I to go up to New Jersey to, “check things out.” I saw The Nana and realized immediately that something was just not right. She was acting goofy. She had a strange glazed look over her when you would ask her questions. She started smoking again, which she quit doing when Pop Pop died 20 years prior. The organized put together woman that we all knew and loved, was not so put together anymore.

My father and mother decided that it was time to relocate The Nana to a nursing home facility closer to where they lived so that they could keep a close eye on her. They eventually moved her into house with 24-hour personal care. I really didn’t know what to expect when I saw her after our trip to New Jersey. My father warned me, “She might not remember who you are. So please be prepared.” I would say to myself, “Okay, SURELY shes going to remember ME! I mean, hello!” I can’t begin to explain the amount of disappointment and heartache I felt when she didn’t recognize me. I walked out of the facility and I made a vow to myself. I would continue to come home, every month, and see her as much as I could to help bring The Nana I knew and adored back from whatever had taken over. If I knew anything about that woman, it was that she was a fighter. Month after month, visit after visit, I would go and see her, bringing gifts like matching sock monkey slippers that we would wear together. Just seeing her eyes light up the way they did when I gave them to her, it gave me hope. She’s in there, and she’s fighting.

March 1st, 2009, it was The Nana’s 87th Birthday. That morning I woke up, took a shower, and headed over for my monthly The Nana visit, Birthday edition.

When my mom and I were driving to the facility she had warned me, “She’s in a hospital bed now, and she really can’t talk. Just be patient with her.”

I walked in and her eyes LIT UP, “SWEETIE!” “Hey NANA! WHERE THE HECK HAVE YOU BEEN!?”

She reached out for my hand, and she squeezed it super tight. She looked up at me from her hospital bed, “Tell me things. What’s going on?” So I divulged into my twenty-something life, and she looked at me so captivated. It was just like I had imagined it, two best friends who hadn’t seen each other in a while, catching up on life. An hour had passed, and unfortunately, I needed to get on the road to go back to Dallas. We said our goodbyes, and I walked to the door. I turned around and pointed at her and said, “I will see you Easter weekend! Don’t you go anywhere!” And she laughed, nodded, and smiled. I said, “I love you” and she smiled and said, “I love you more” and we proceeded to go back and forth until my mother reminded me of my 3-hour drive again.

I had done it. I had helped her remember. If this wasn’t a break in science, I have no idea what was or what else would be. I had done what I had come to do. Thelma helped Louise. We would ride another day.

On Saturday, April 4, 2009 – I received a phone call from my father at 7am. The Nana had passed away in her sleep the night before. Her funeral was to be held the following Saturday, which was the day before Easter Sunday. I am thankful that I at least had the chance to say goodbye to the woman I had adored for my entire life. I am the lucky one.

One month later, in May 2009, I reported for duty as a proud member of the rookie class for Team Brunette, and for the next thirteen years, I would commit myself to BvB Dallas, its mission statement, and to every volunteer who would sign up for the same. Every time I stepped on that field, or came to a beneficiary event or received a donation, she was with me.

In the ten years that I have been involved in this organization, I have watched us grow to be the most successful BvB franchise in the country, and has raised over $4 Million dollars. It’s incredible to know that some of the groundbreaking projects that beneficiaries like the center for brain health have worked on, we have helped fund.

When The Nana couldn’t fight any longer, I picked up where she left off so that in the future, when I have my own weakness and best friend, or the next generation of Thelma and Louises’ alike, can enjoy their trips into the city and joyrides on a sunny, summer day, without fear of what the future will bring.

The day that I stop fighting or being a part of this organization is the day that BvB Dallas will no longer exist. The only way BvB Dallas will no longer exist is when Alzheimer’s Disease is finally cured forever. So until then, I will continue my silent vow to her to dedicate my summers to help find a cure to Alzheimer’s Disease with her in tow every step of the way. 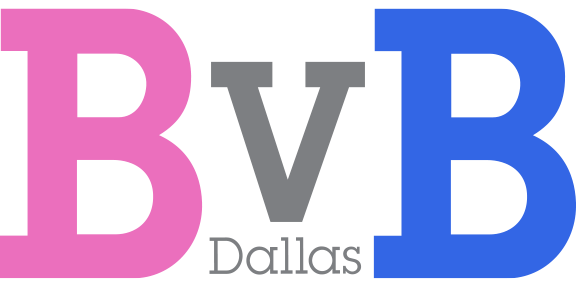 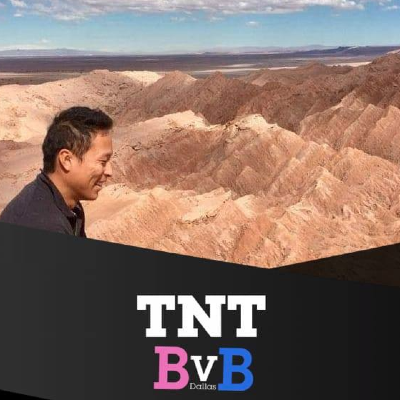 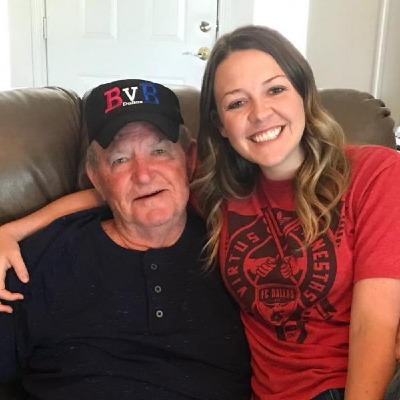 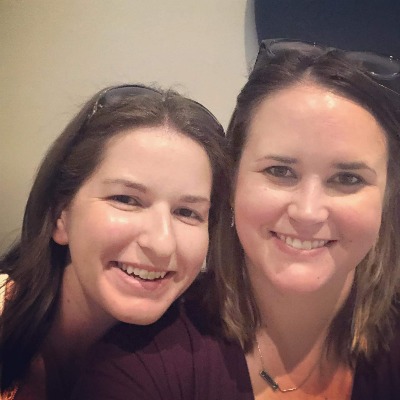 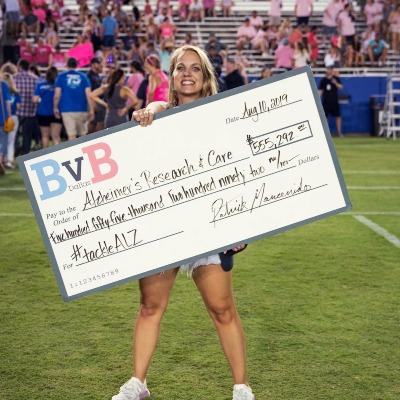 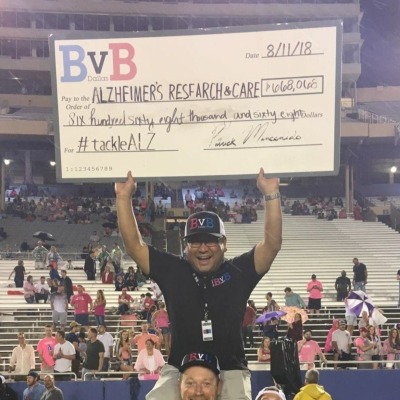 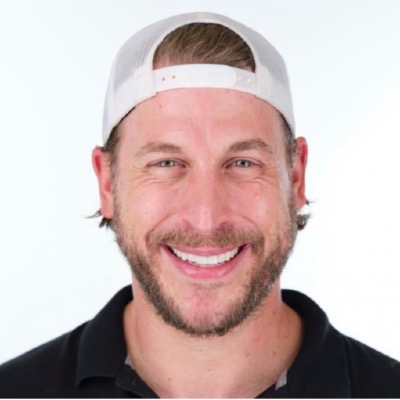 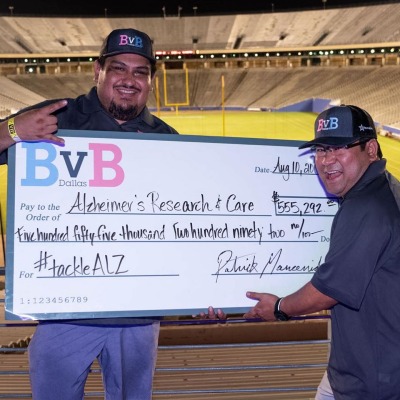 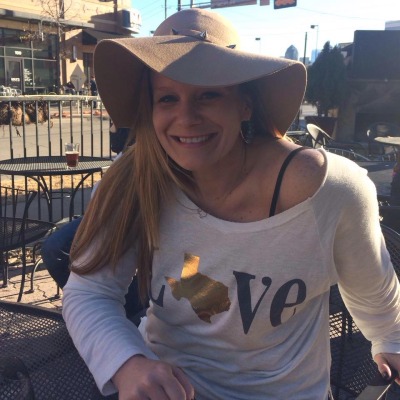 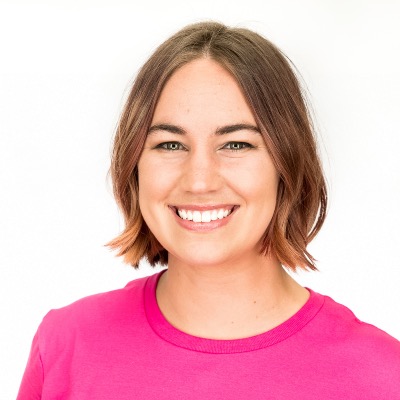 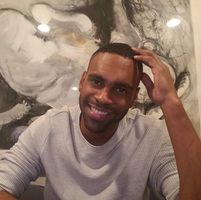 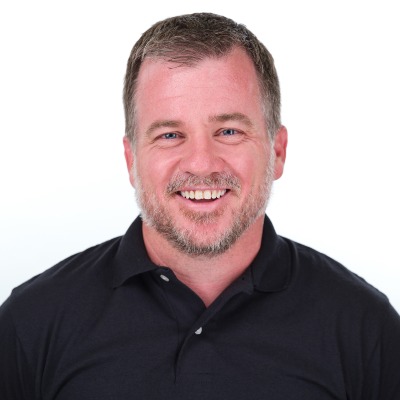 BvB Dallas is a non-profit organization that brings young-professionals together to raise awareness and funds for Alzheimer’s disease research and support organizations in the Dallas-Fort Worth area. Founded in 2008 by a group of young-professional women, BvB Dallas was created as a way to honor and remember loved ones who have suffered from Alzheimer’s and related diseases. Each year the organization hosts a variety of fundraising and educational events as a way for Dallas philanthropists to help eradicate this grave disease, culminating in its flagship event – a powder-puff football game between The Pink Team and The Blue Team.

We are funding five beneficiaries for our 14th Annual Season!  Learn More.